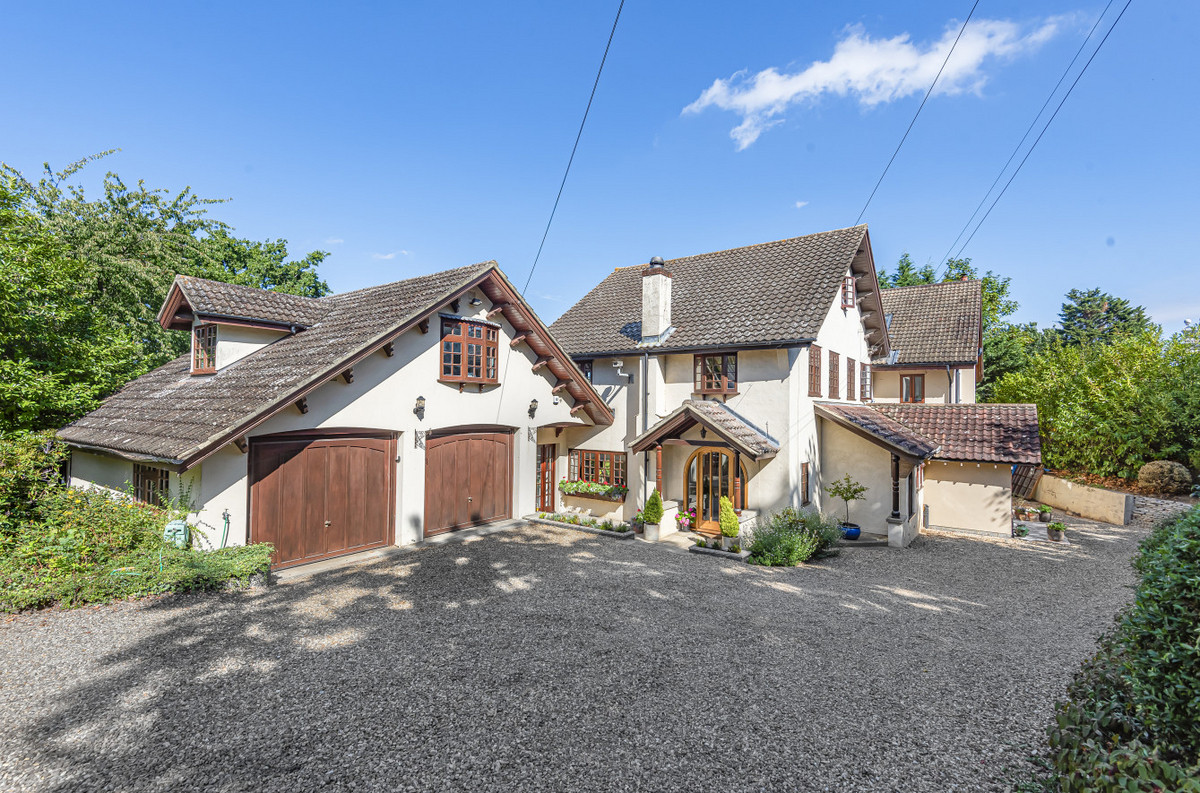 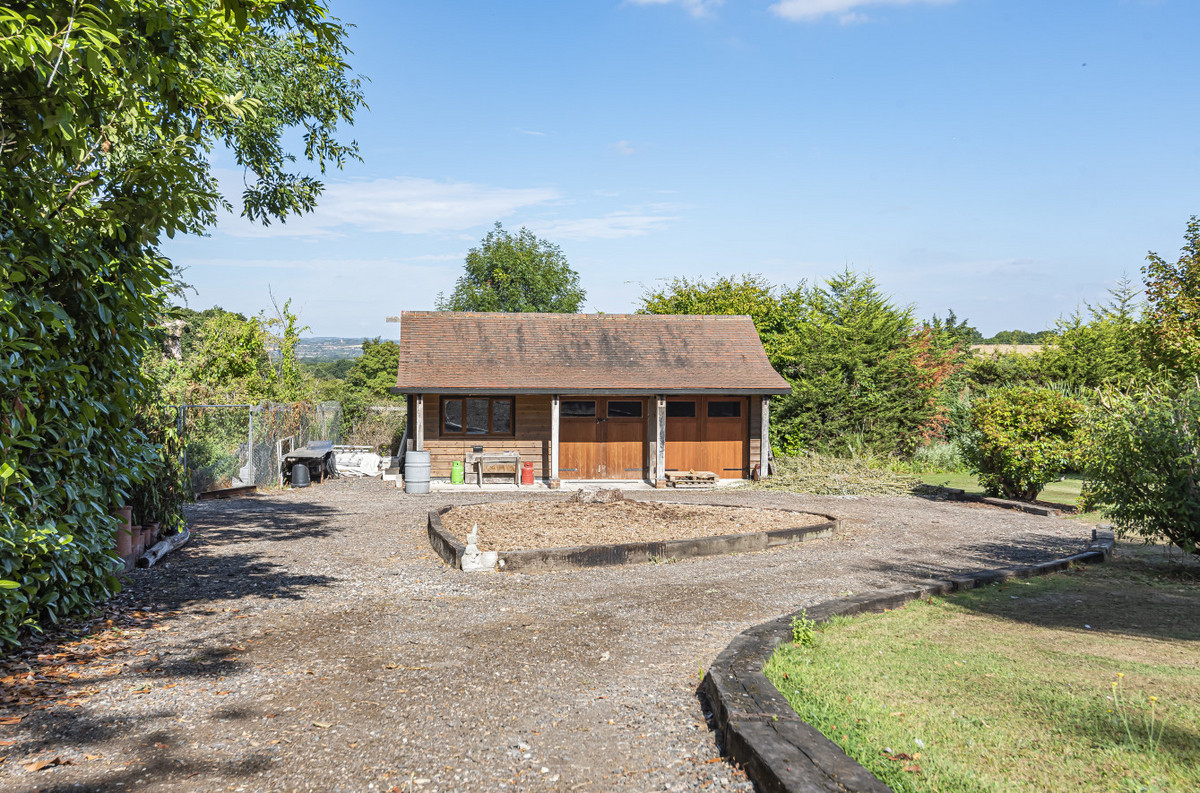 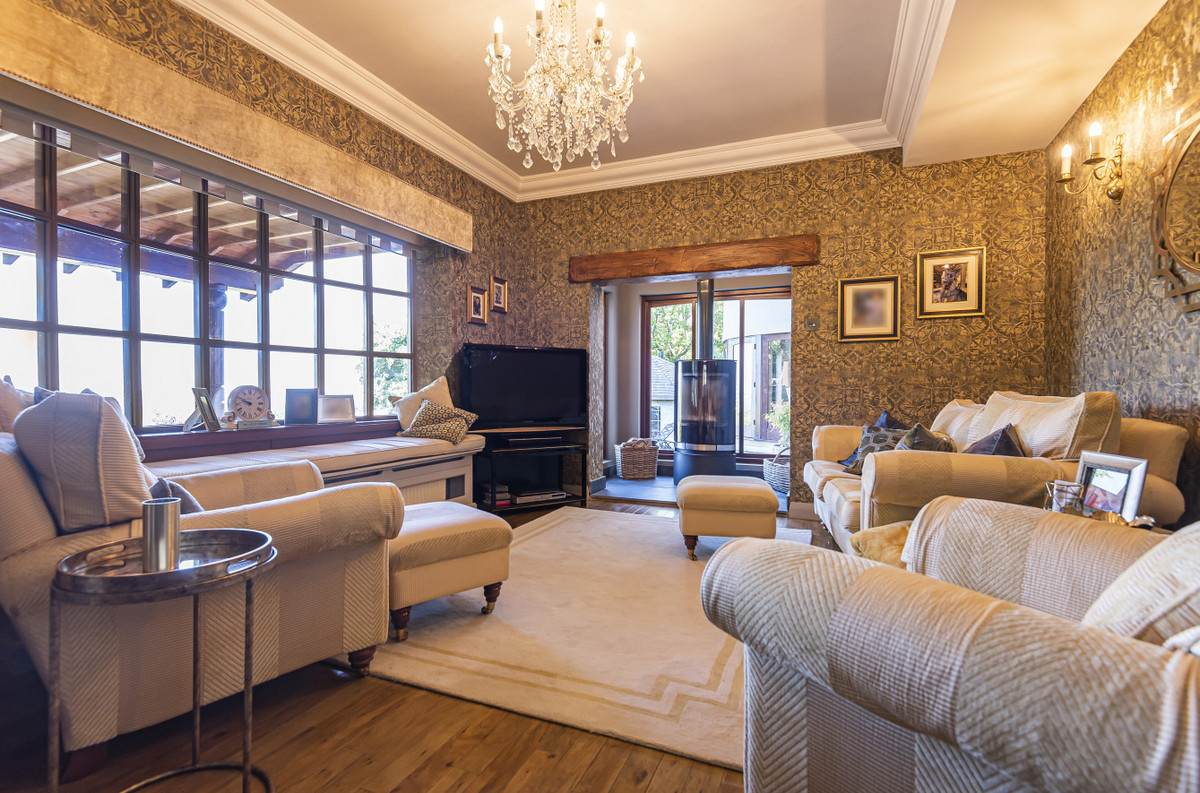 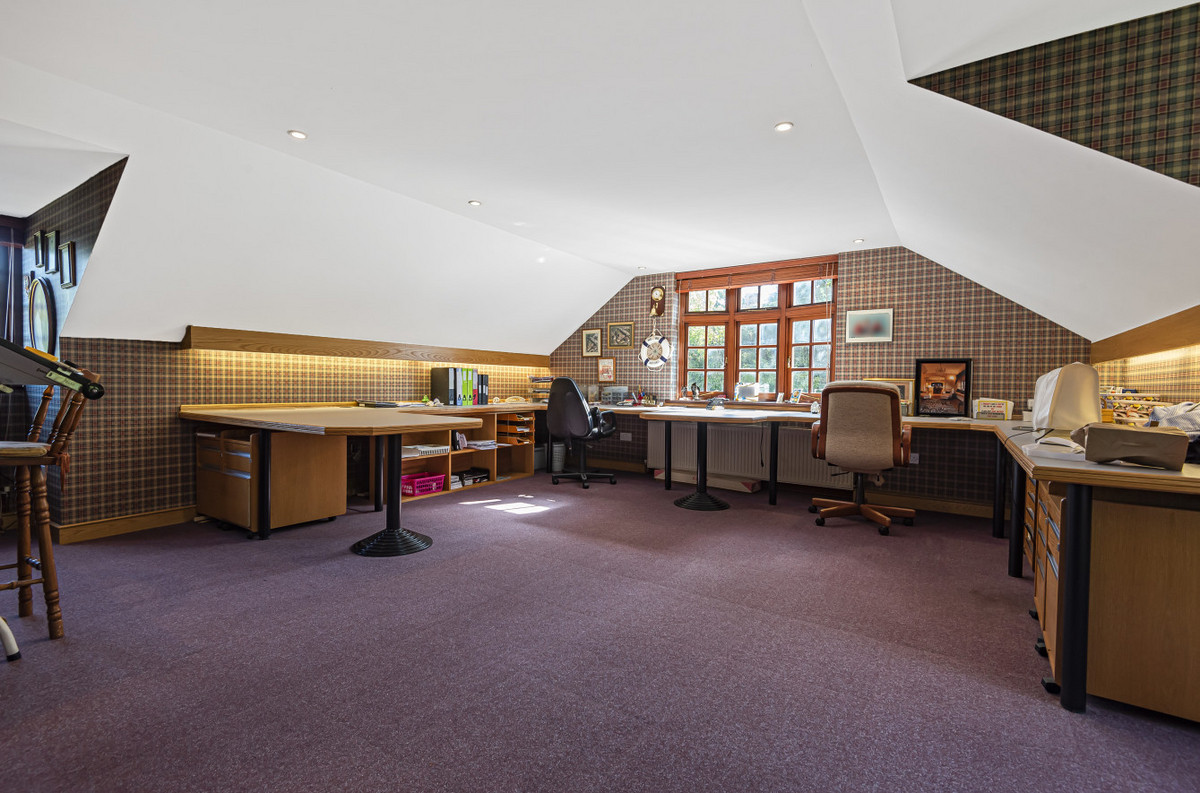 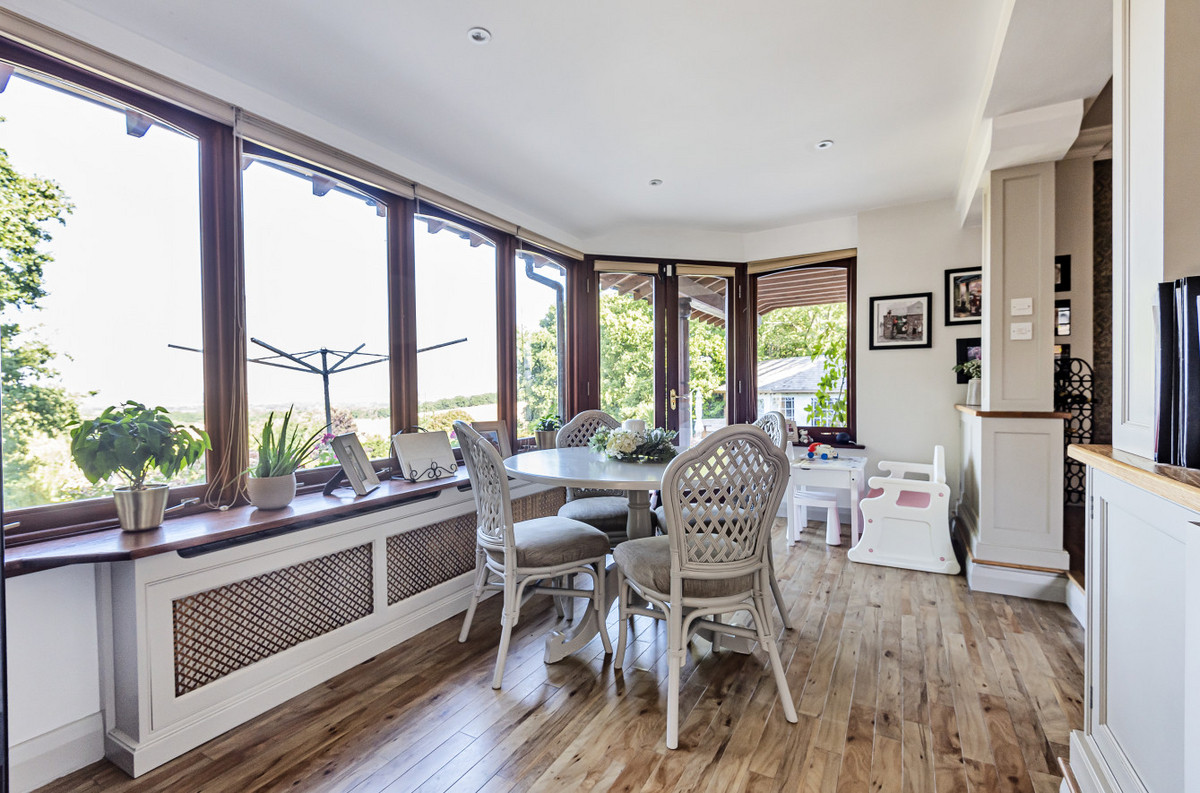 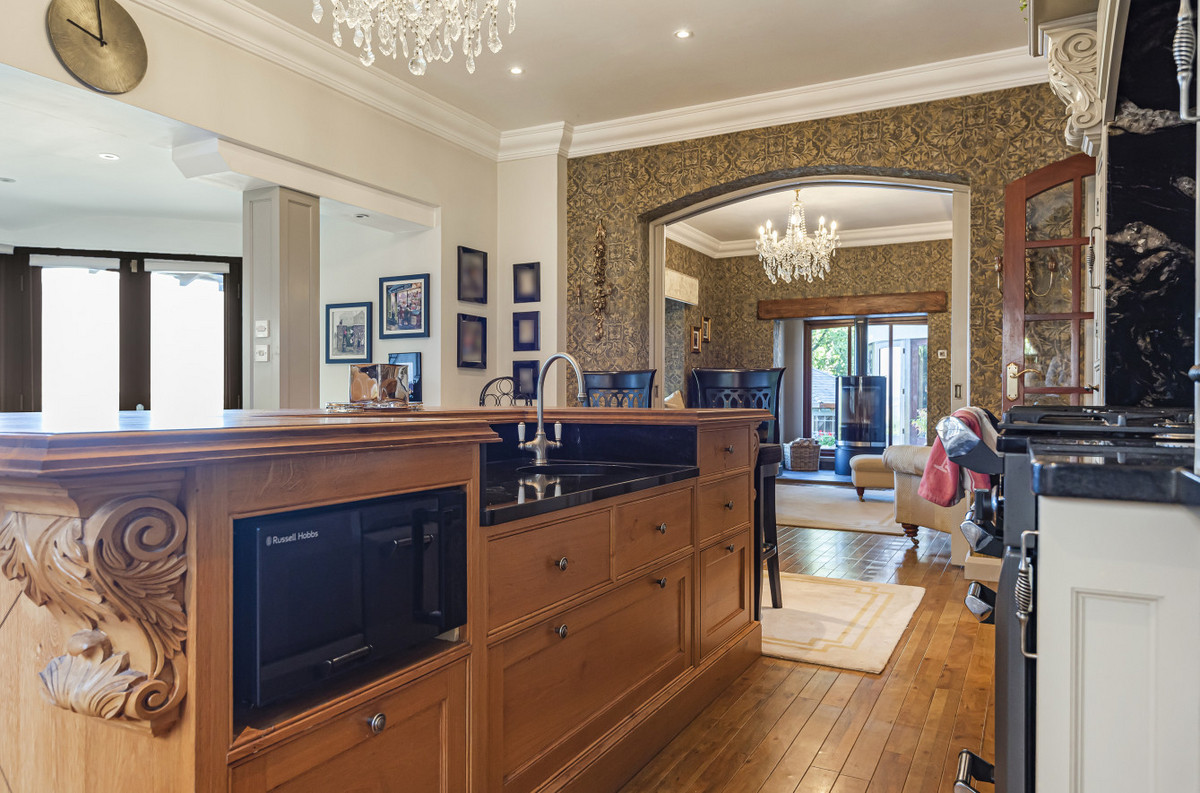 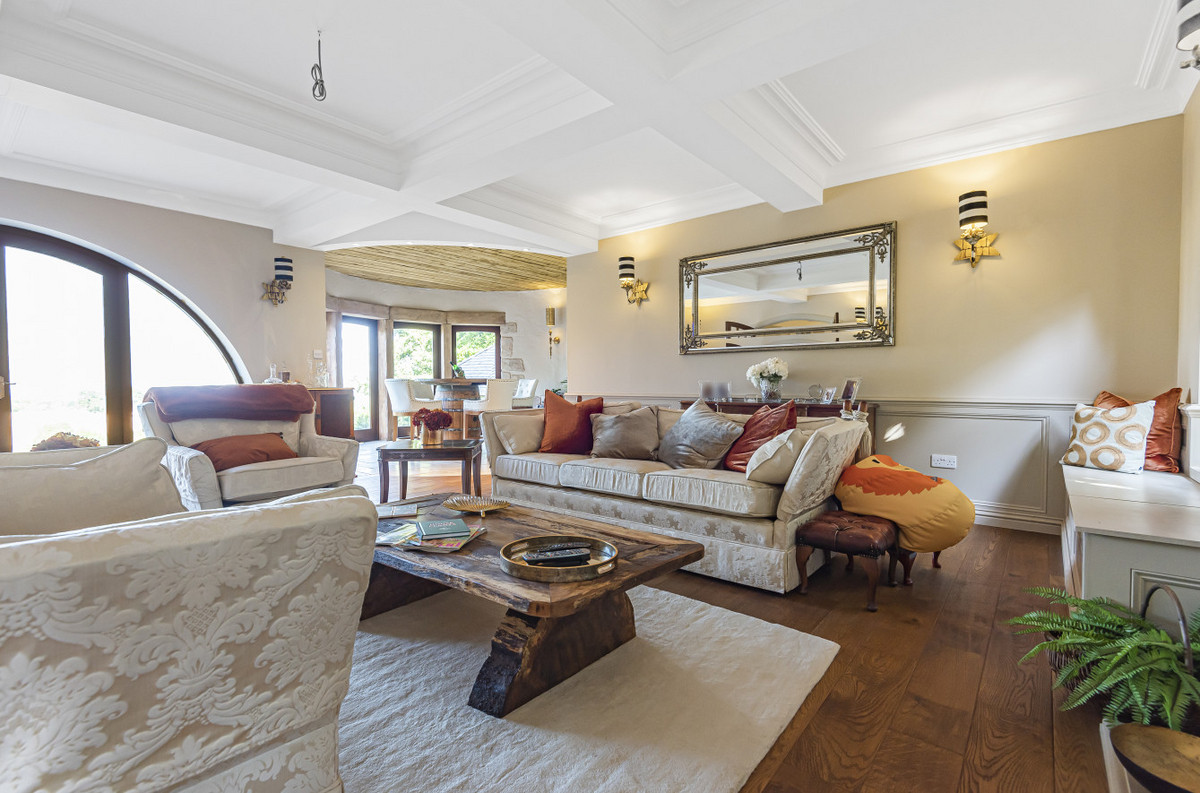 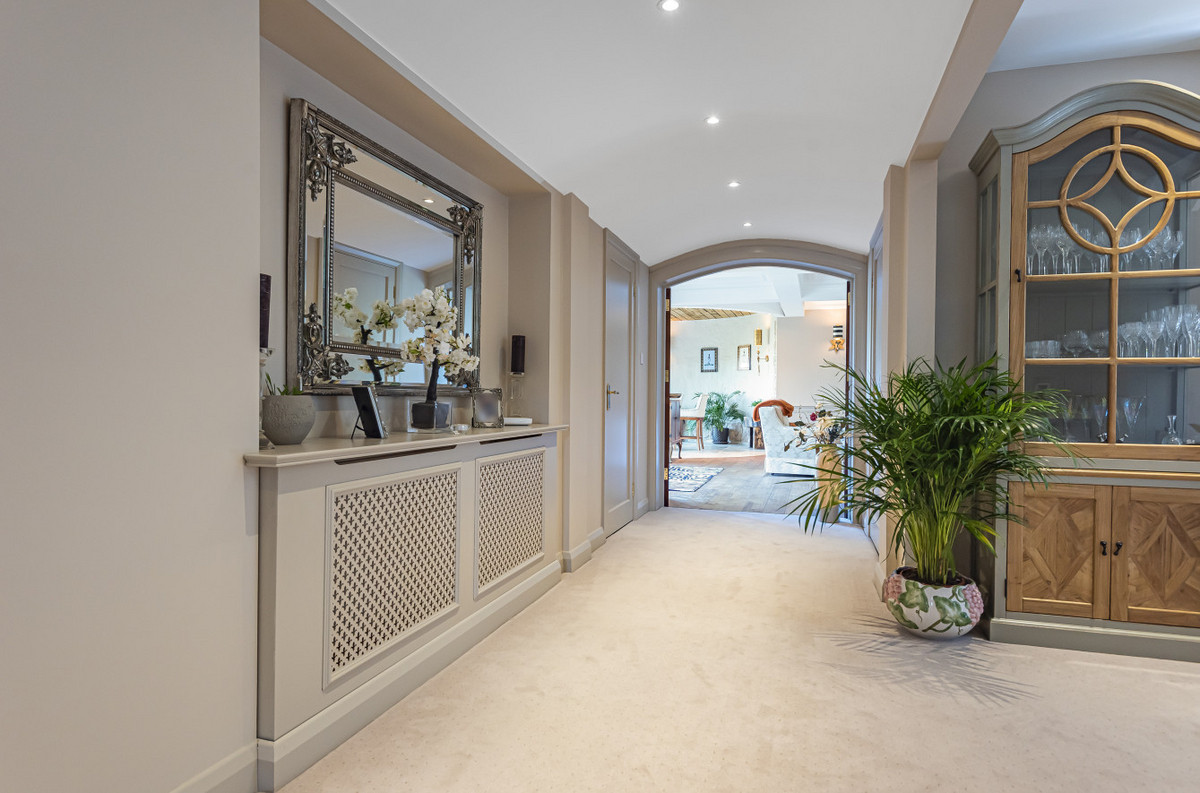 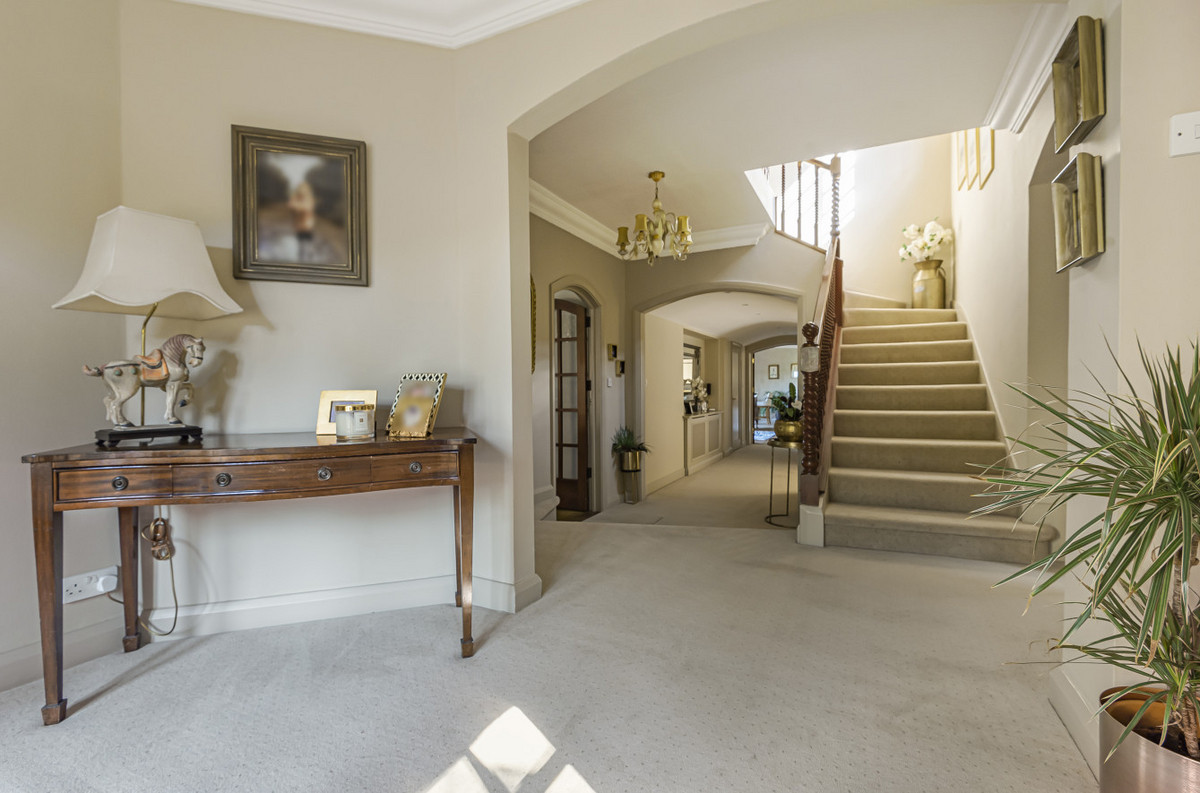 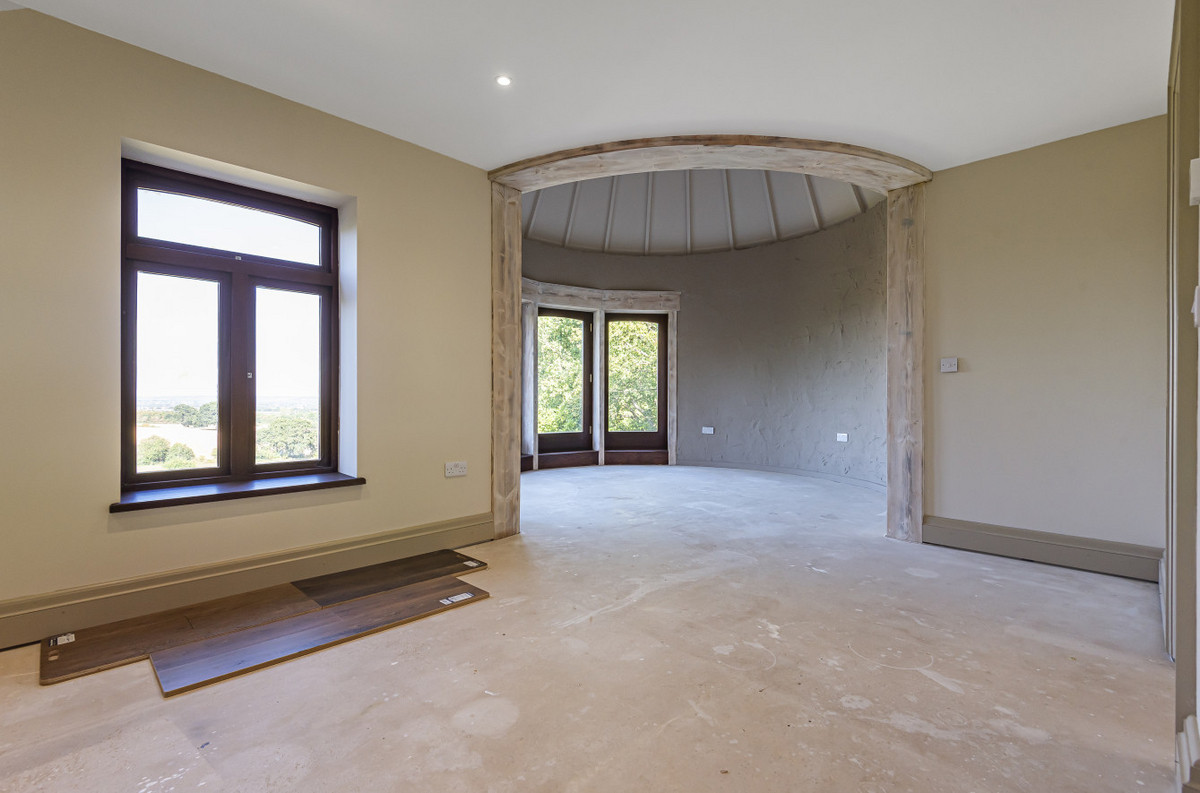 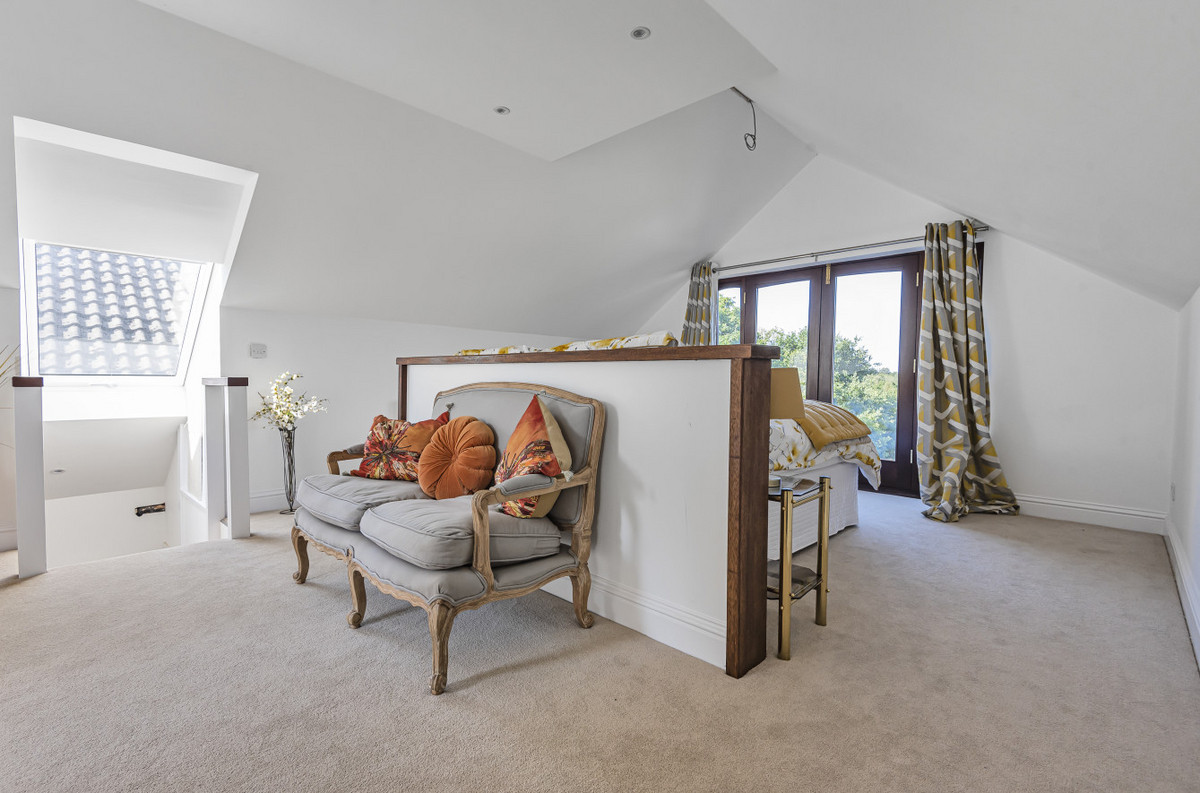 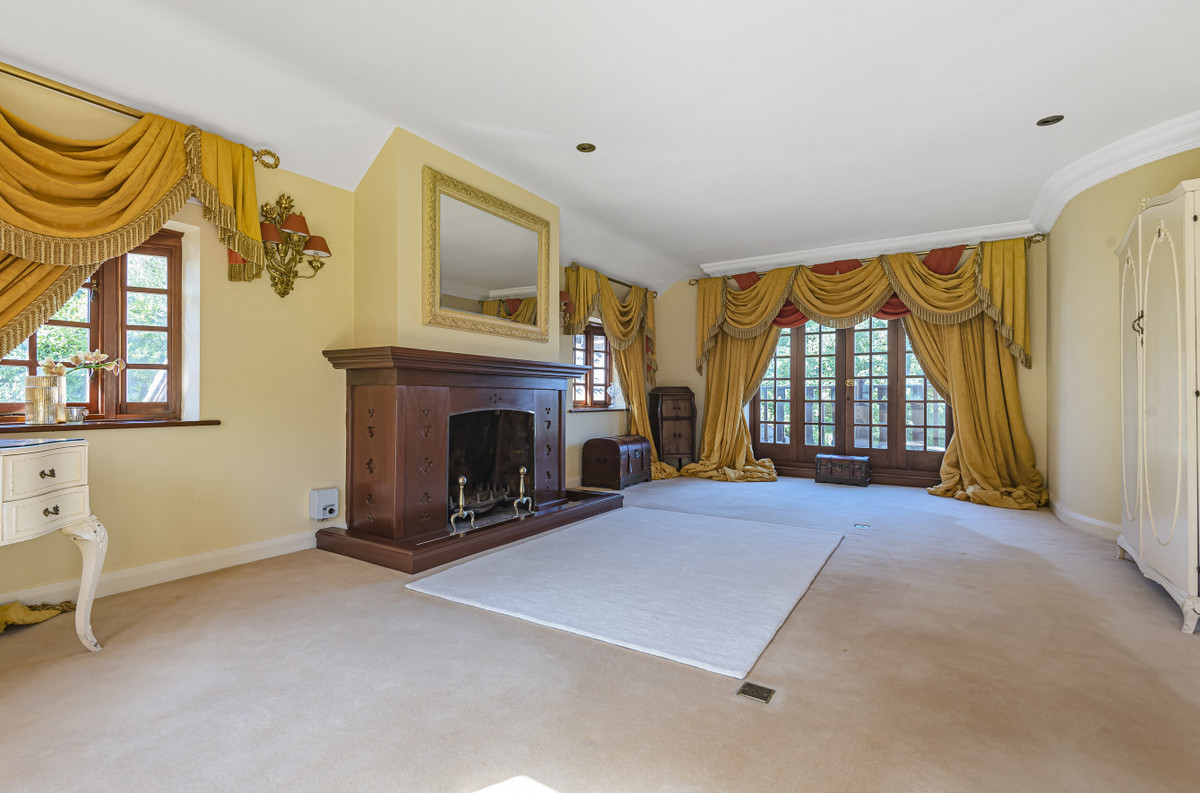 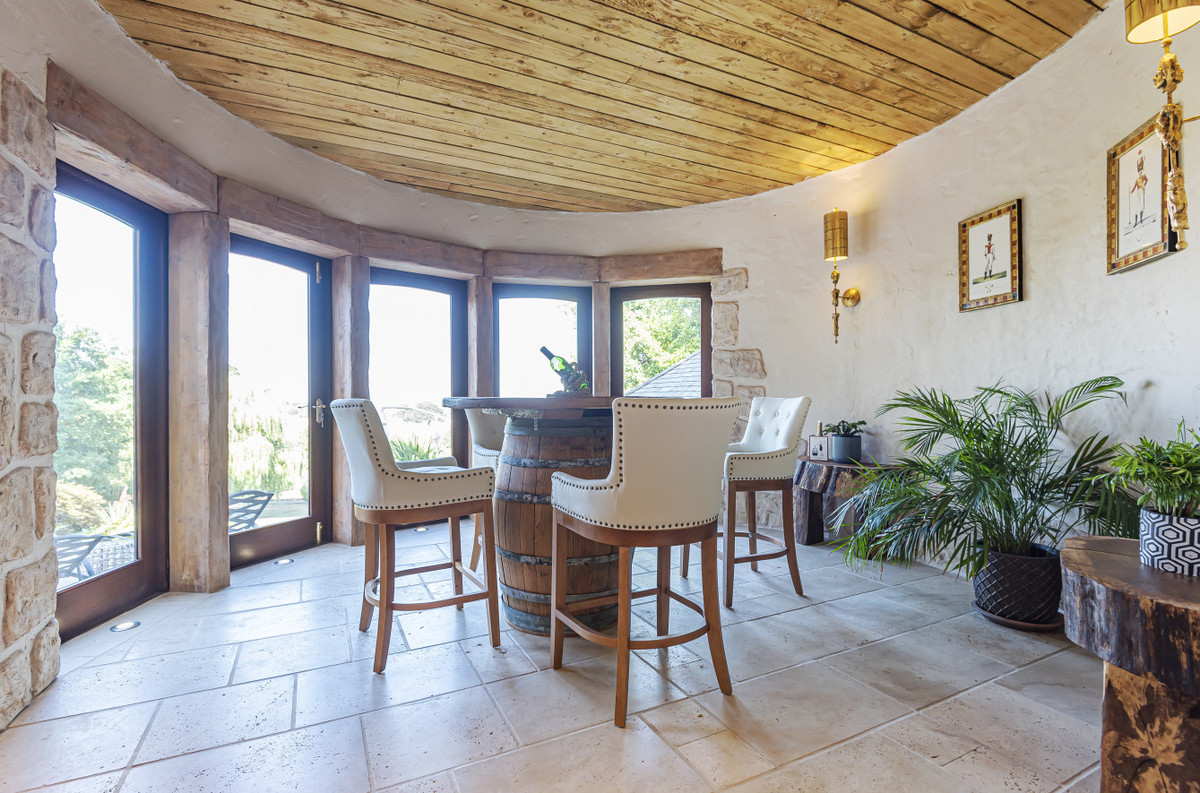 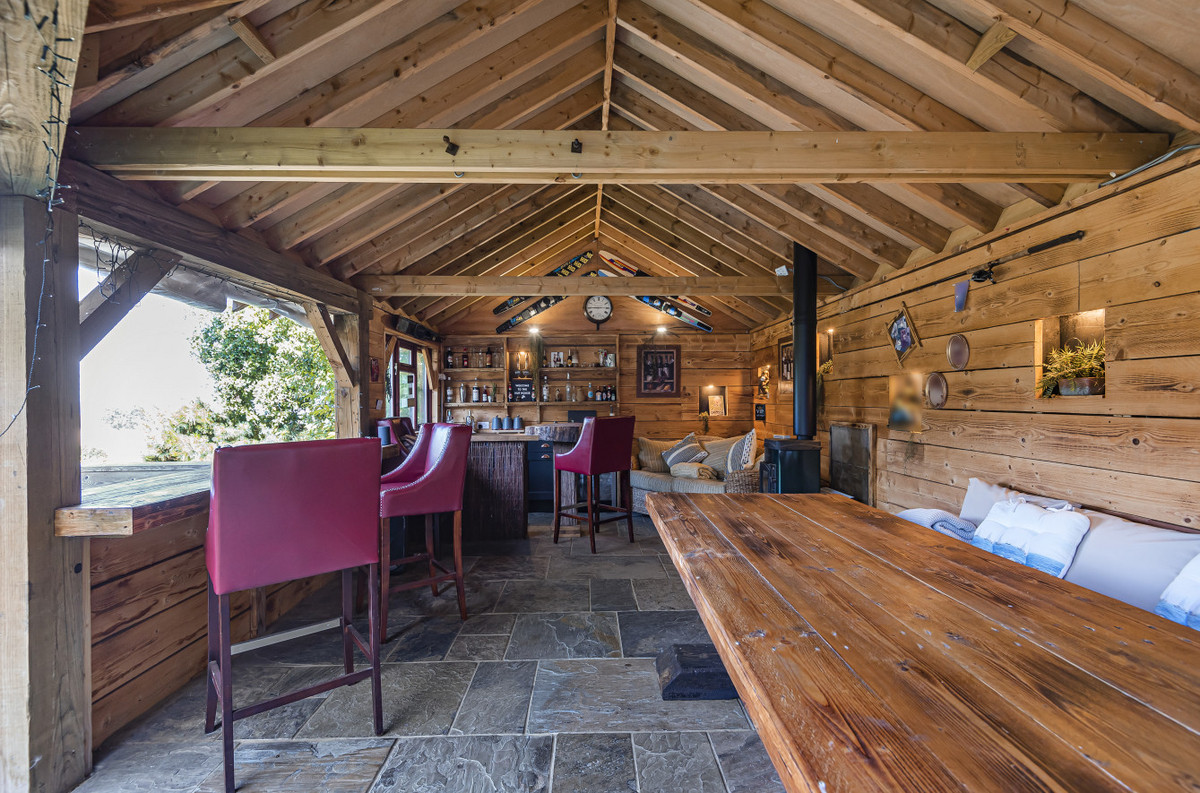 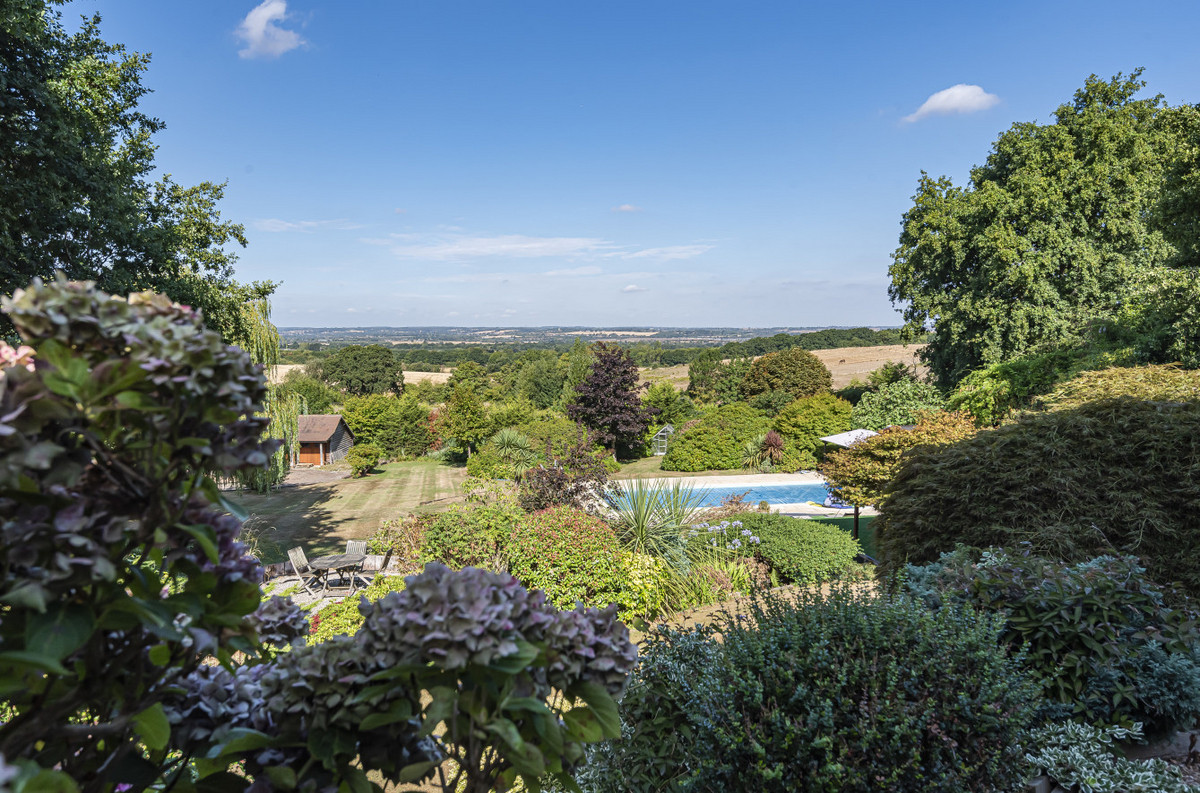 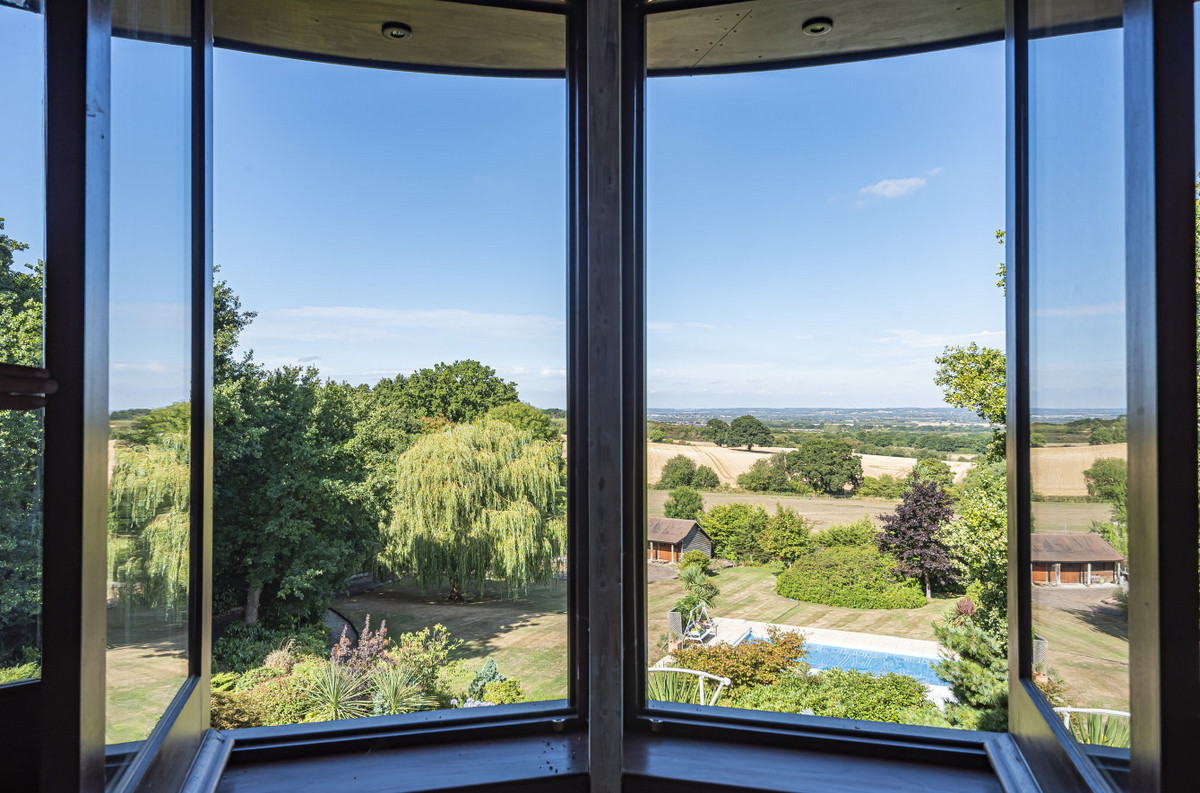 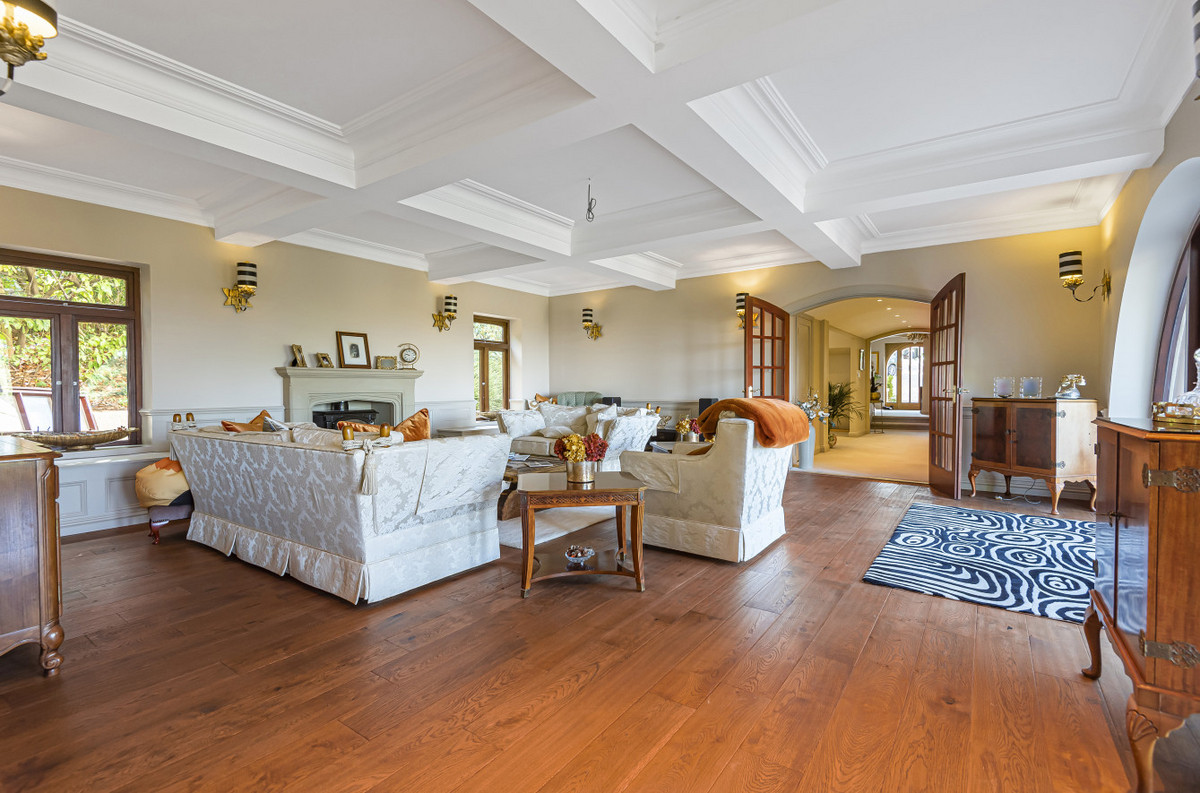 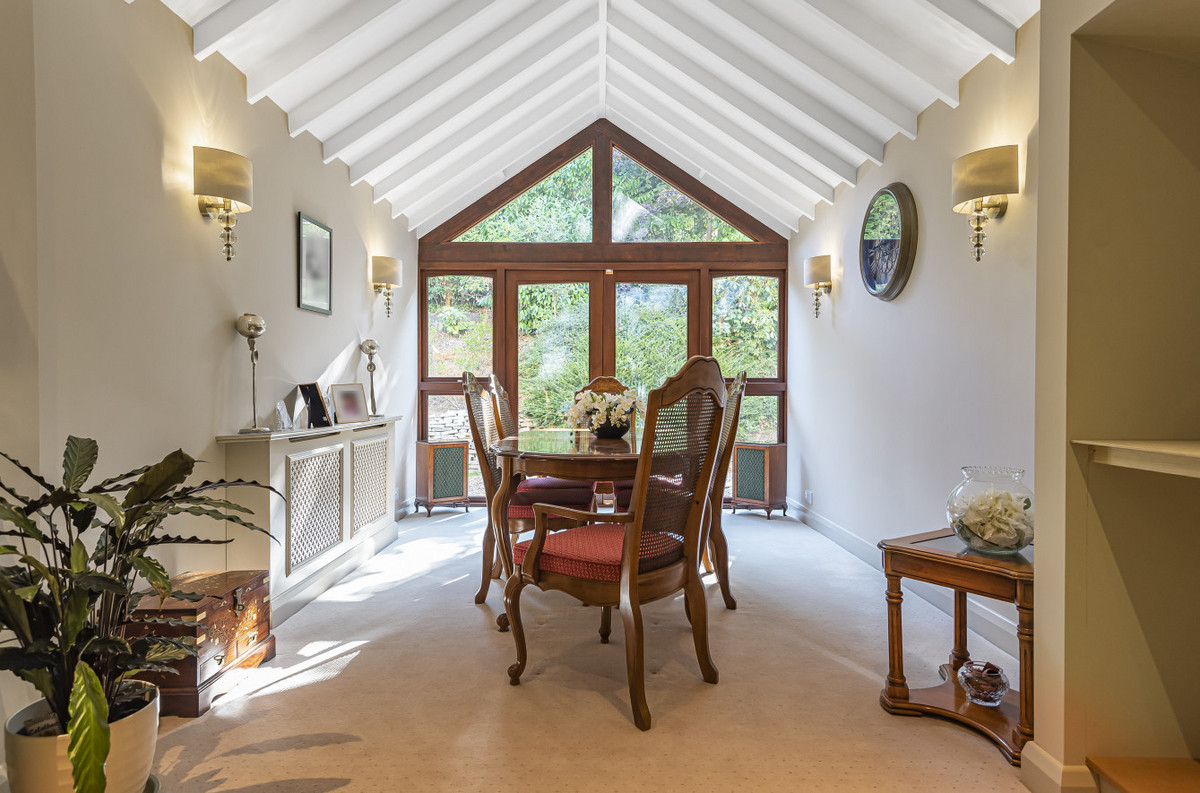 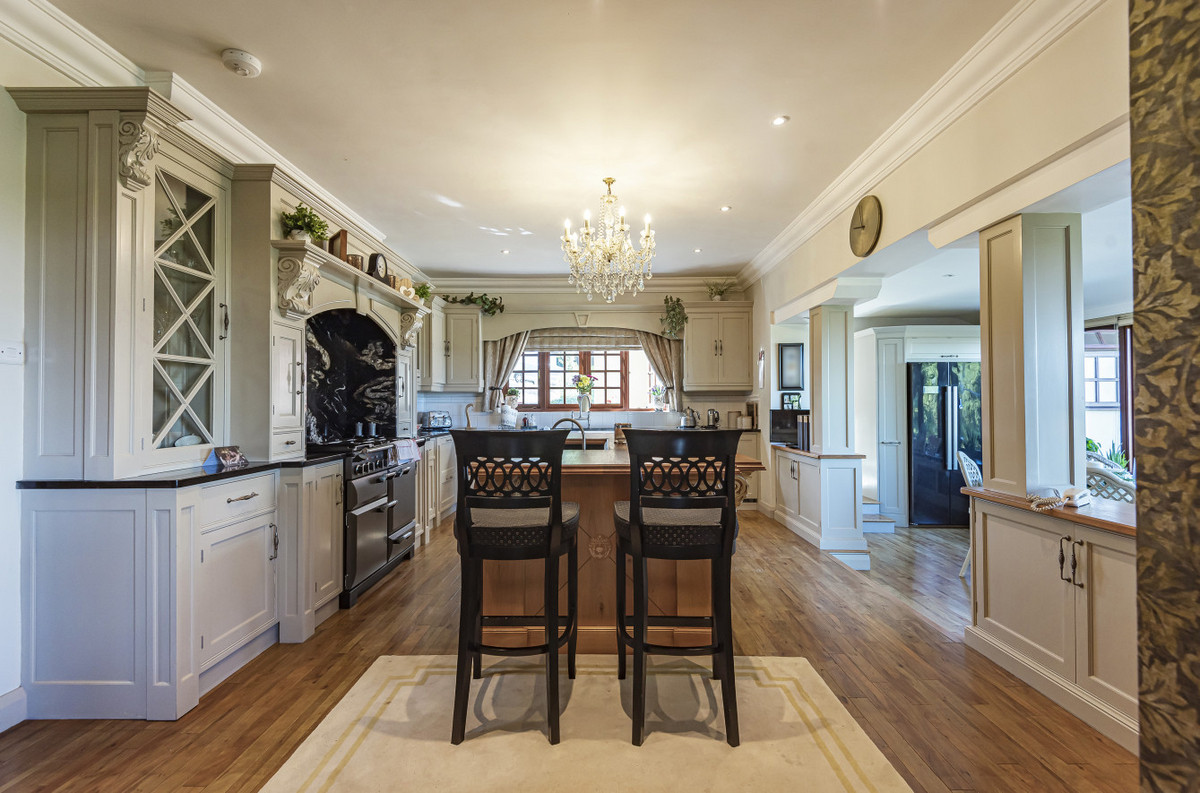 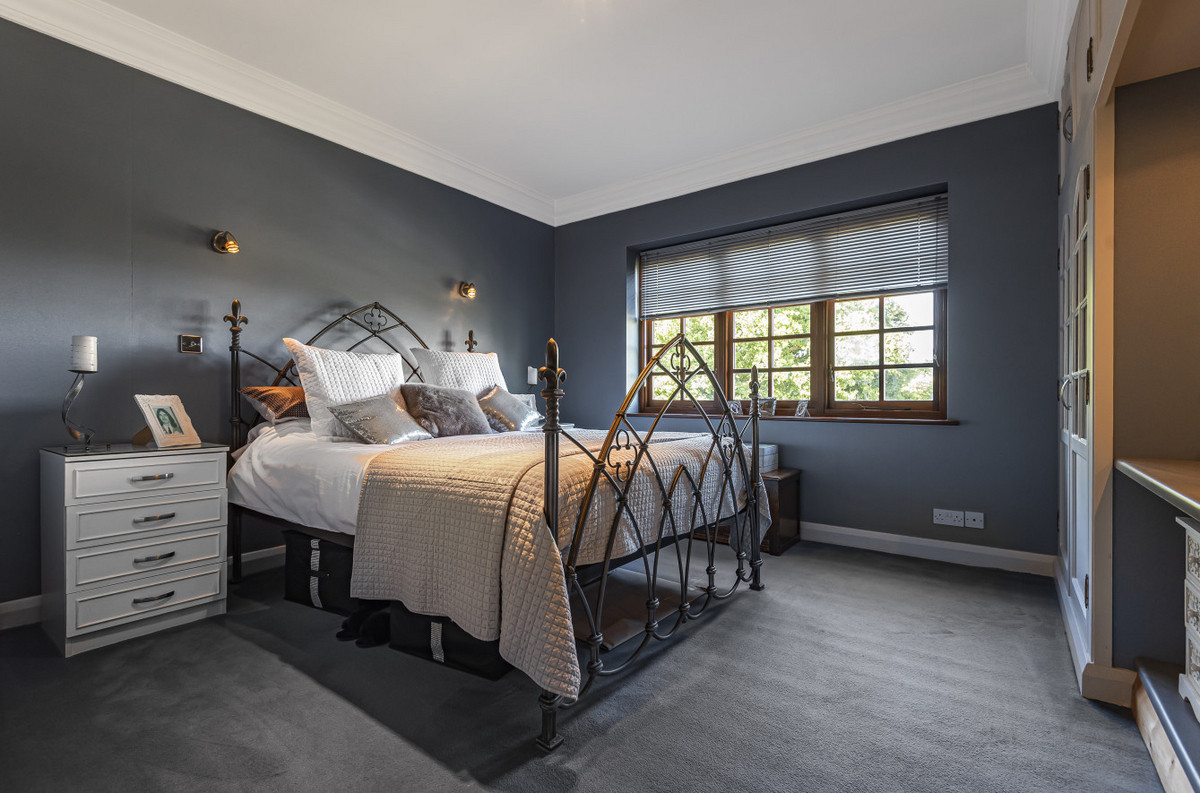 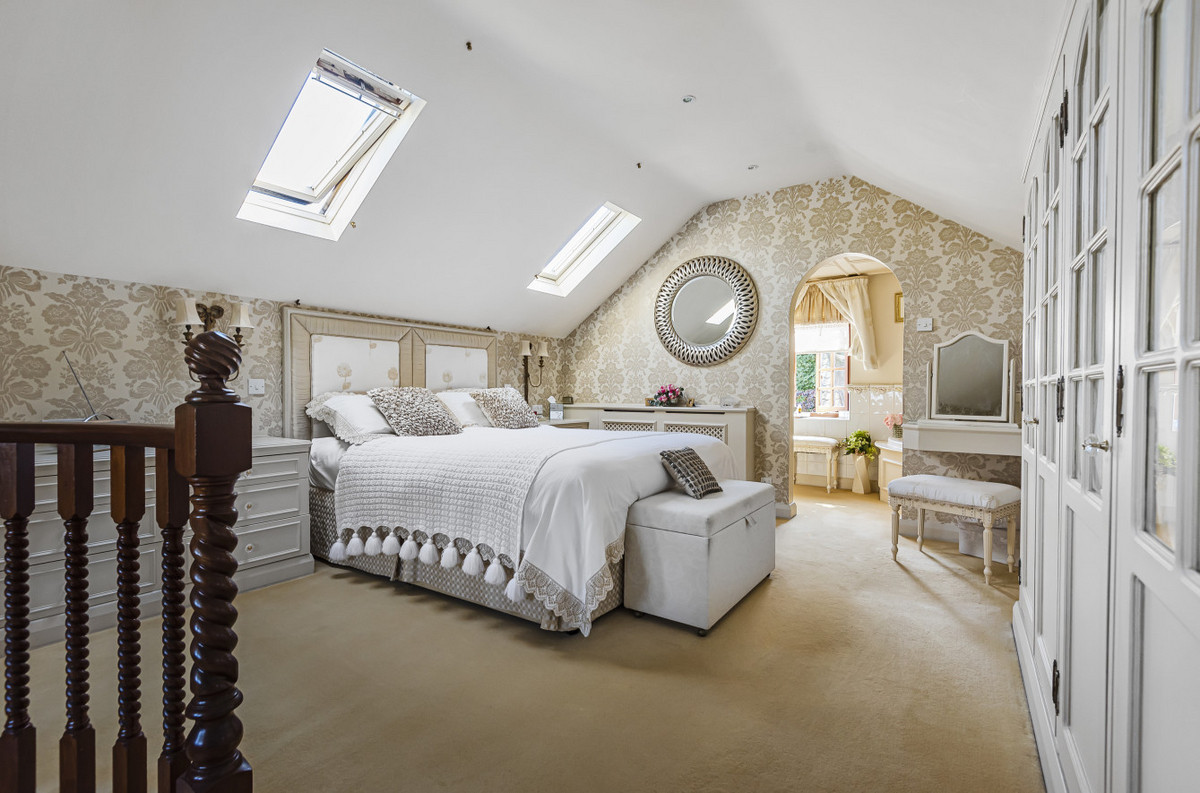 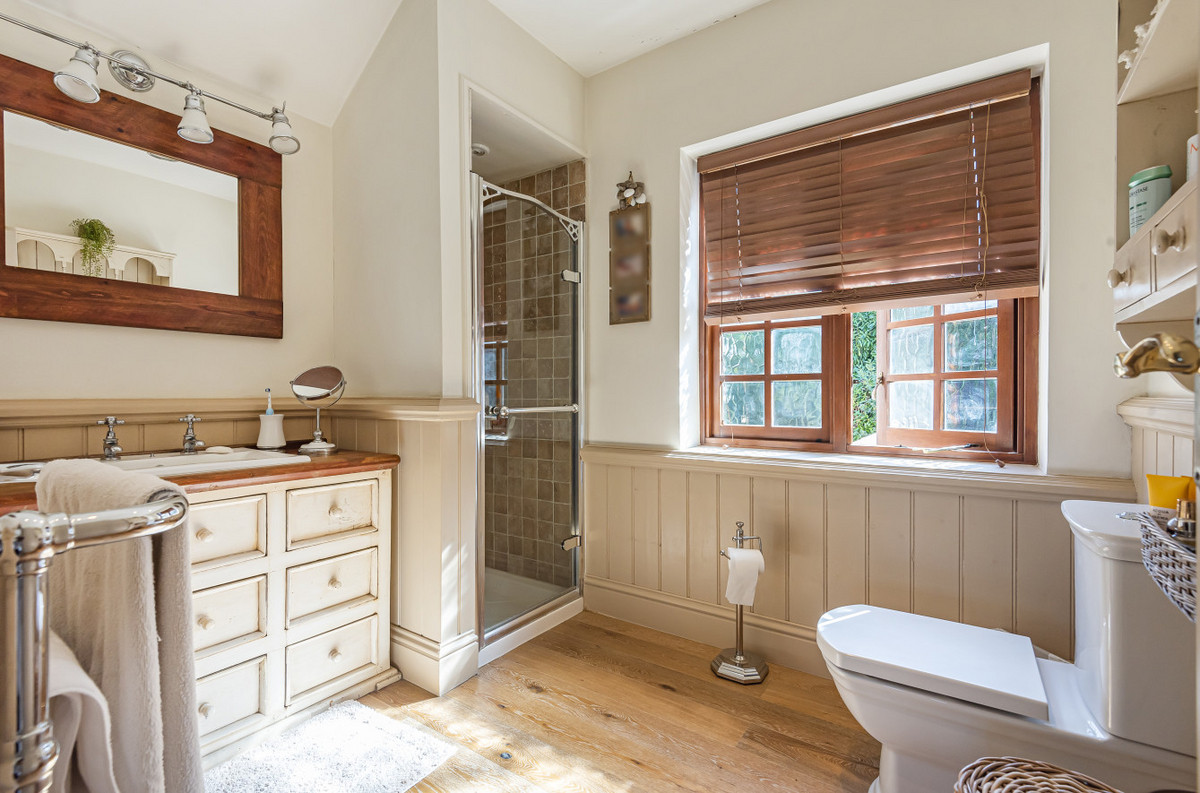 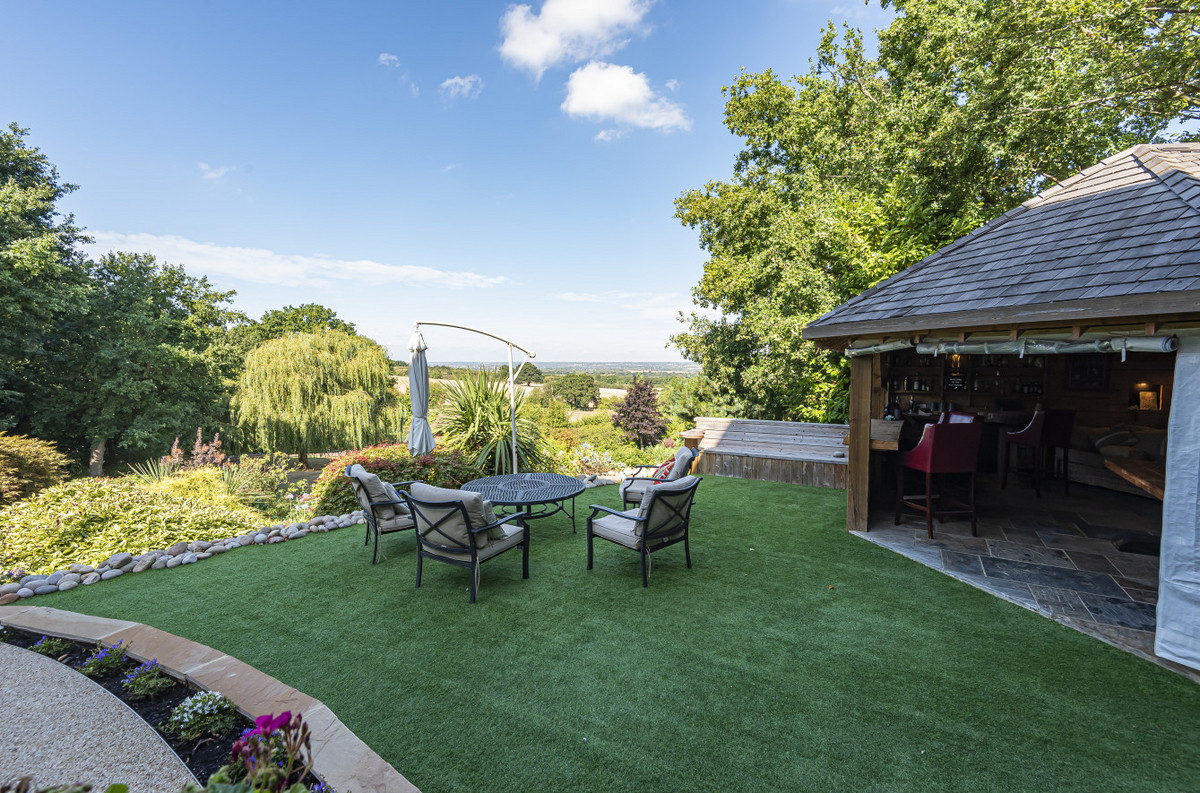 REF: SHMIL - The property, known as ‘La Cresta’ is situated on a hilltop position, designed and inspired by French architectural influences including a turreted wing, with all of the principal bedrooms and reception rooms orientated to take advantage of views over the grounds and beyond over the Crouch Valley and as far as Chelmsford. The property is entered into a fine reception hall which includes a staircase, a cloakroom and WC, and is open plan to a dining area featuring a vaulted ceiling with double doors to the outside. Adjacent is a linen/boiler room and opposite is a coat/boot room. The elevated drawing room at the end of the house features a rustic oval entertaining area which forms the four-storey turret and enjoys panoramic views. The kitchen is a great space for informal family living and includes a custom-built kitchen which has a substantial range of hand painted units and is topped with granite anchored around a large breakfast bar. There is also a snug with log burner and a garden room - all of which overlook the grounds and valley beyond.

Access to the annexe is directly from the kitchen or a separate external door. It includes a comprehensively fitted utility room, access into a substantial two car garage and two staircases - the lower level has a hallway and a large family room/bedroom. There is a substantial first floor self-contained home office fitted with a bespoke range of wrap-around desks and including an adjoining WC.

The bedroom accommodation is arranged over two floors which has two sets of staircases to different wings of the house. On the first floor the principal bedroom suite forms part of the turret tower. The room features a fabulous domed ceiling and includes five tall windows set within a semi-circle overlooking the grounds and countryside beyond. There is a large en suite dressing room (to be fitted) and a bathroom (to be fitted). At the opposite end of the house a large dual-aspect bedroom which features a retained balcony and an open fireplace with timber surround. A further bedroom with fitted wardrobes also enjoys views at the rear and opposite is a shower. Two staircases rise to two further bedrooms at either end of the house. On the west wing a self-contained bedroom enjoys breath-taking views with full-height windows and an en suite shower room. At the opposite end of the house is a further self-contained bedroom suite, again with lovely views and including an extensive range of fitted wardrobes and an en suite bathroom