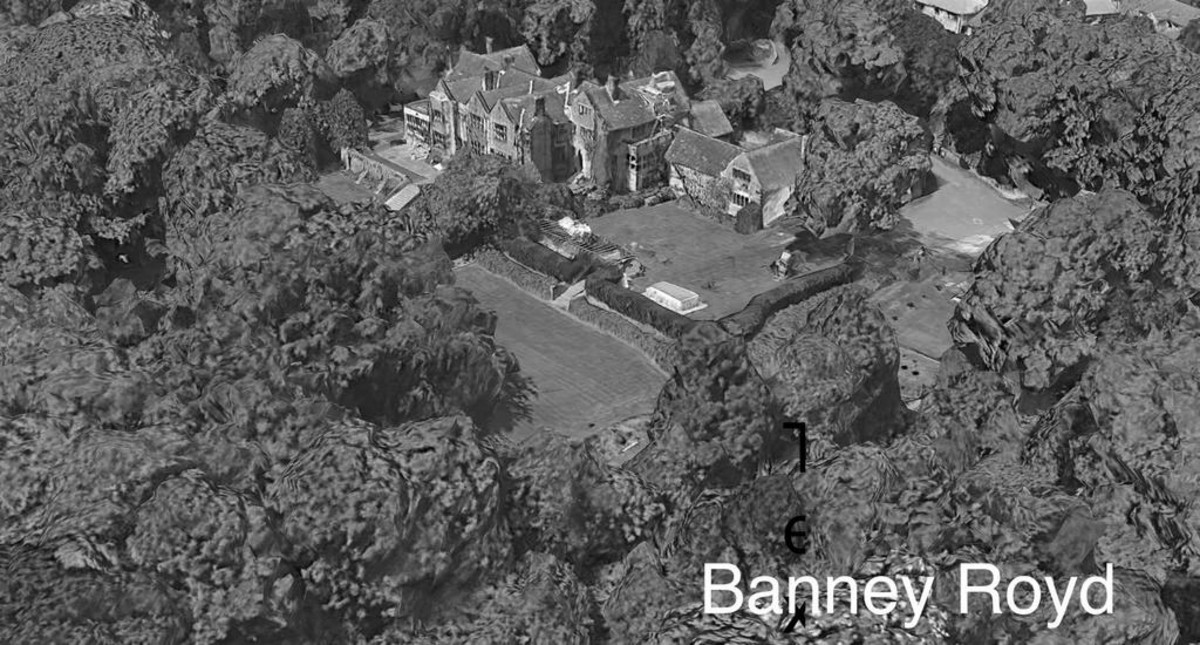 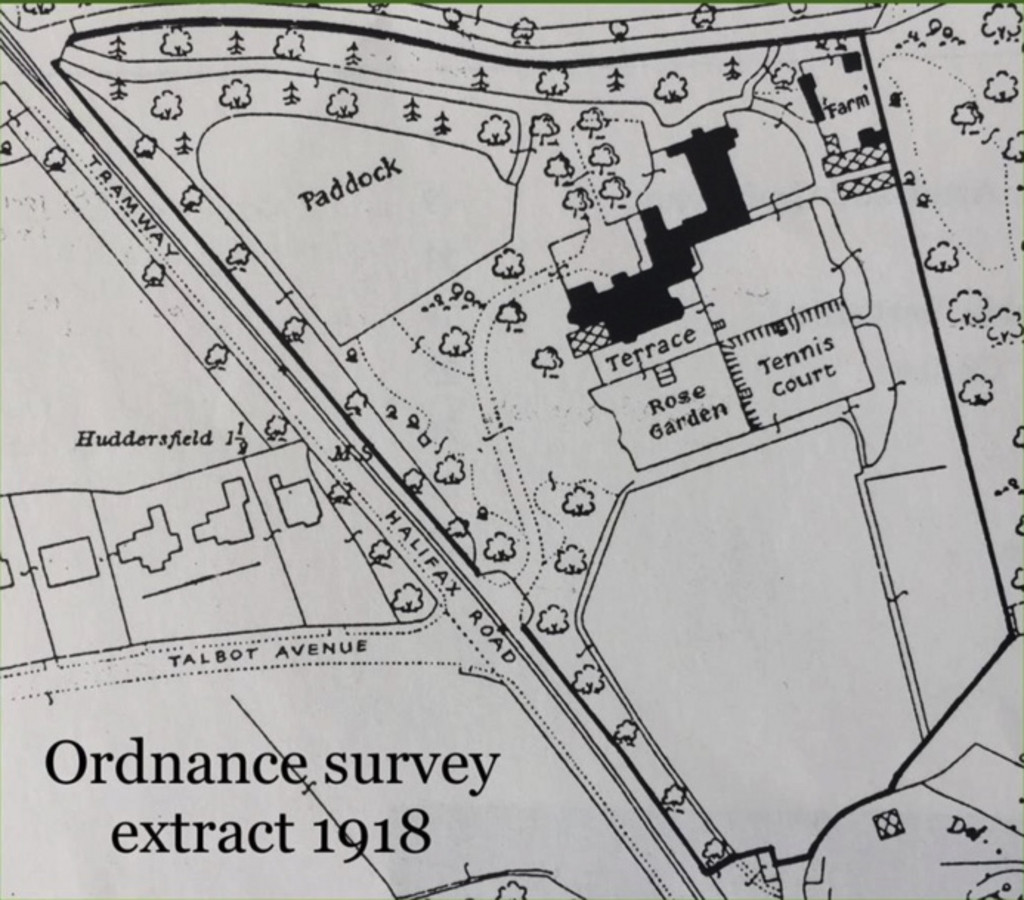 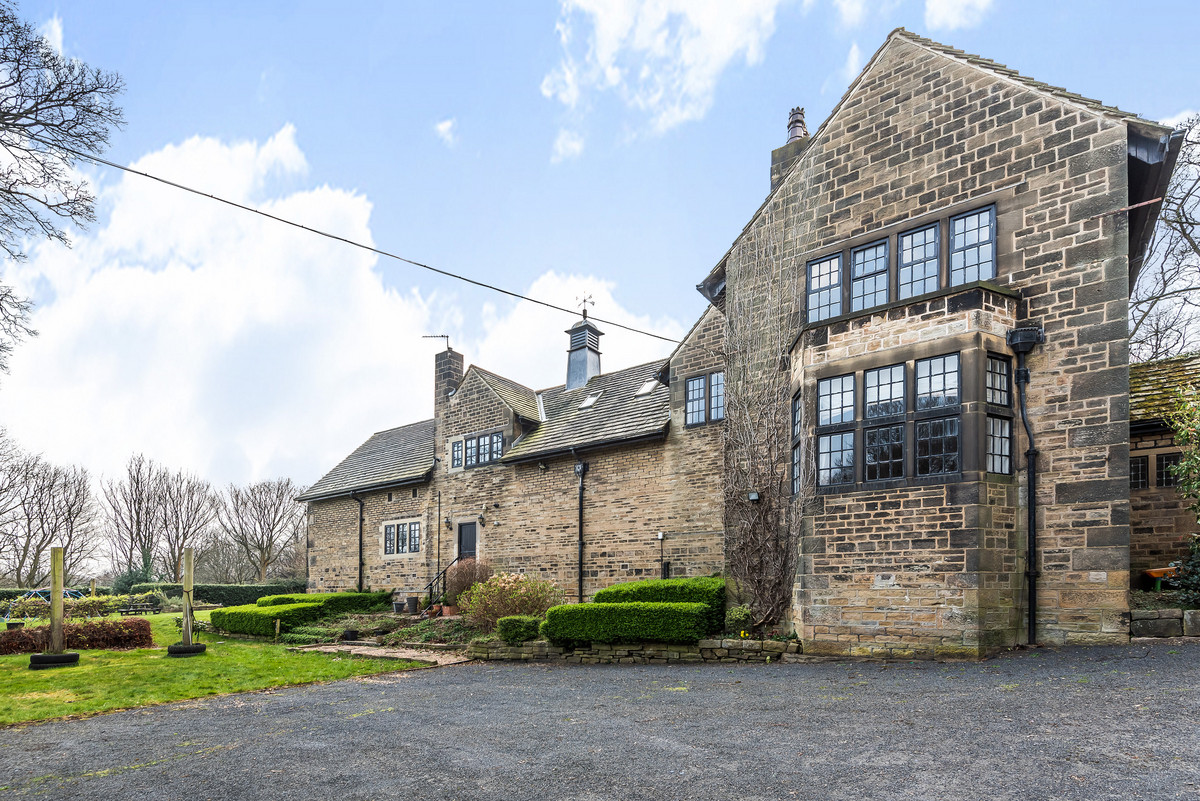 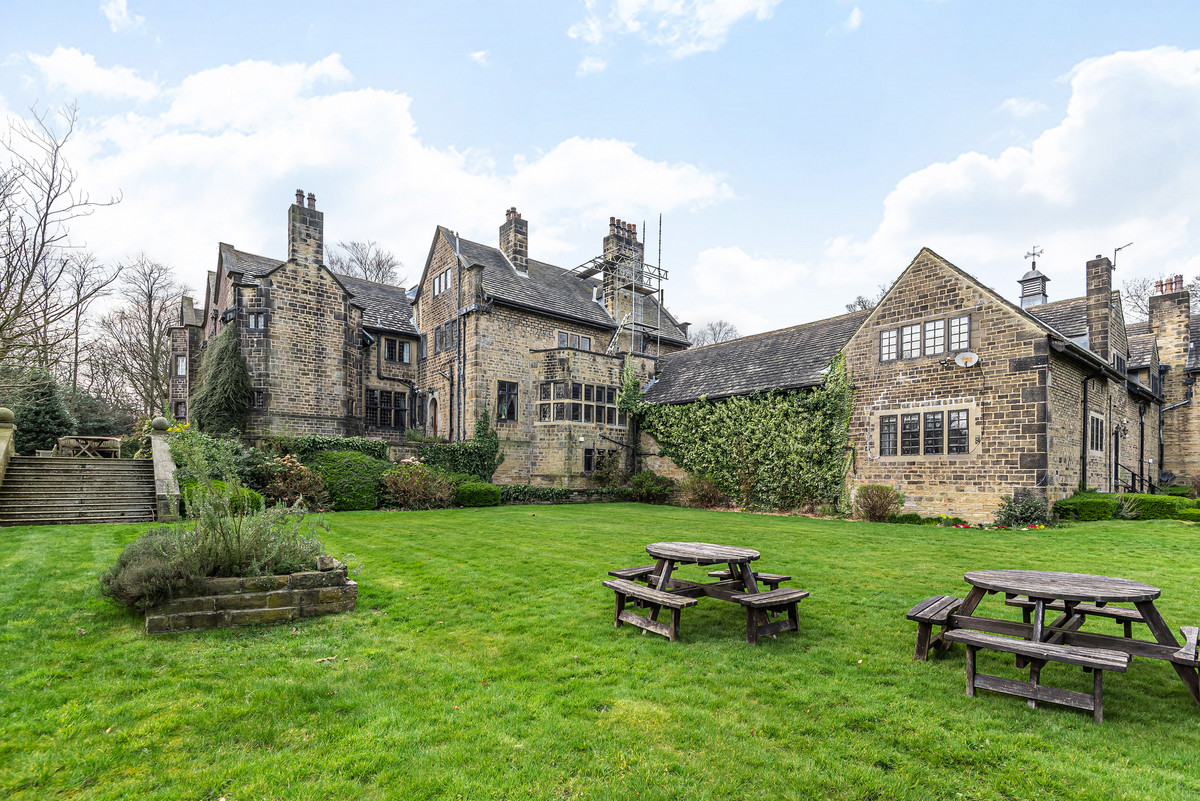 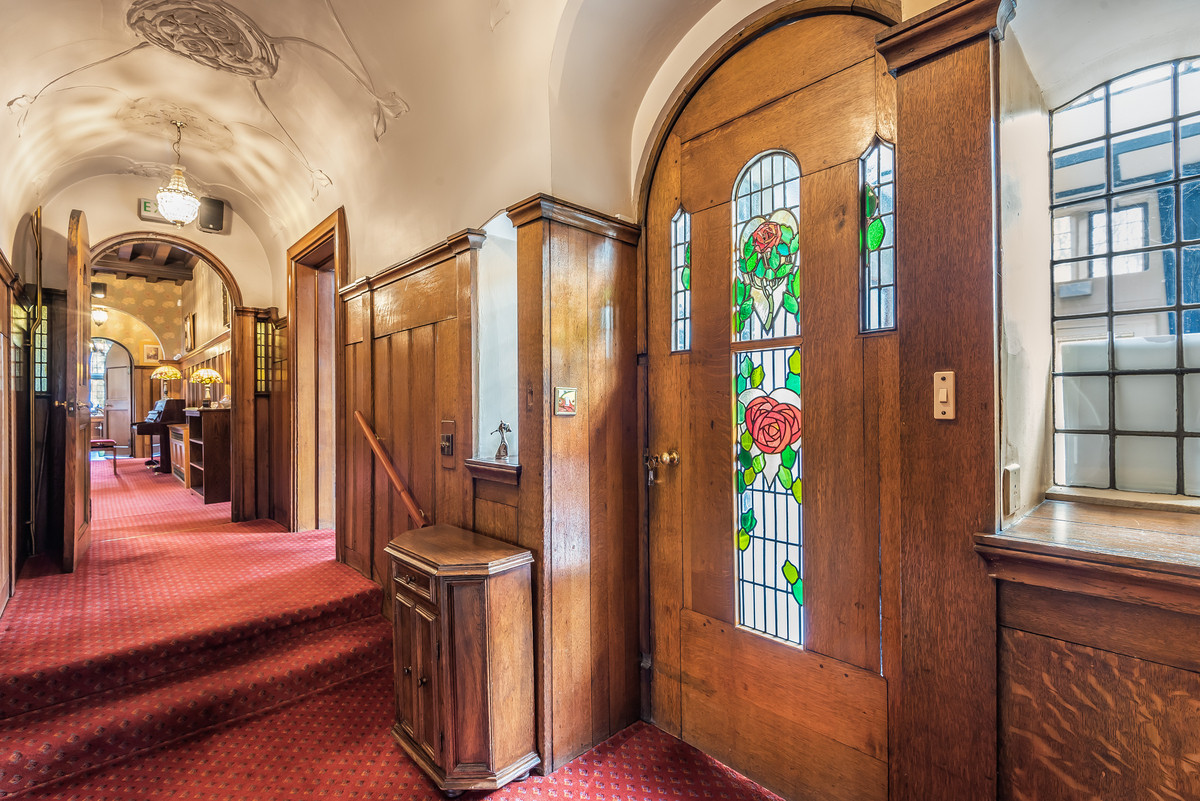 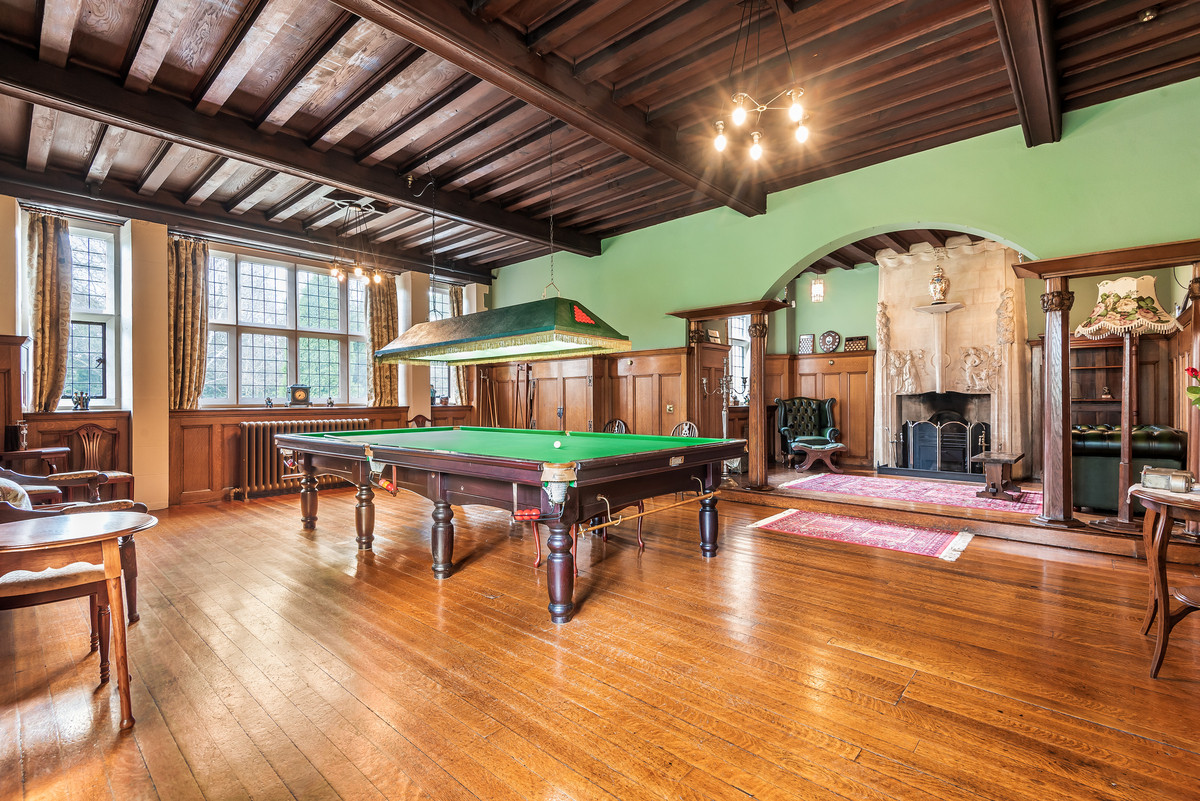 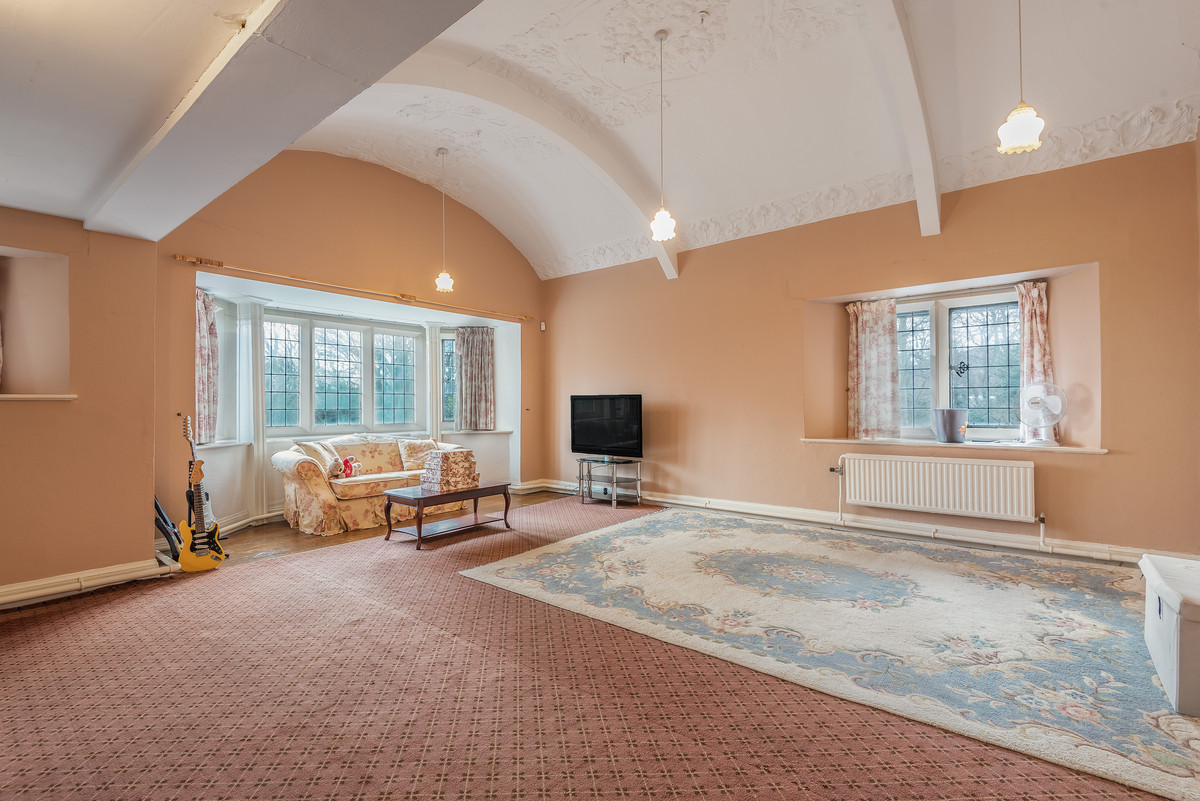 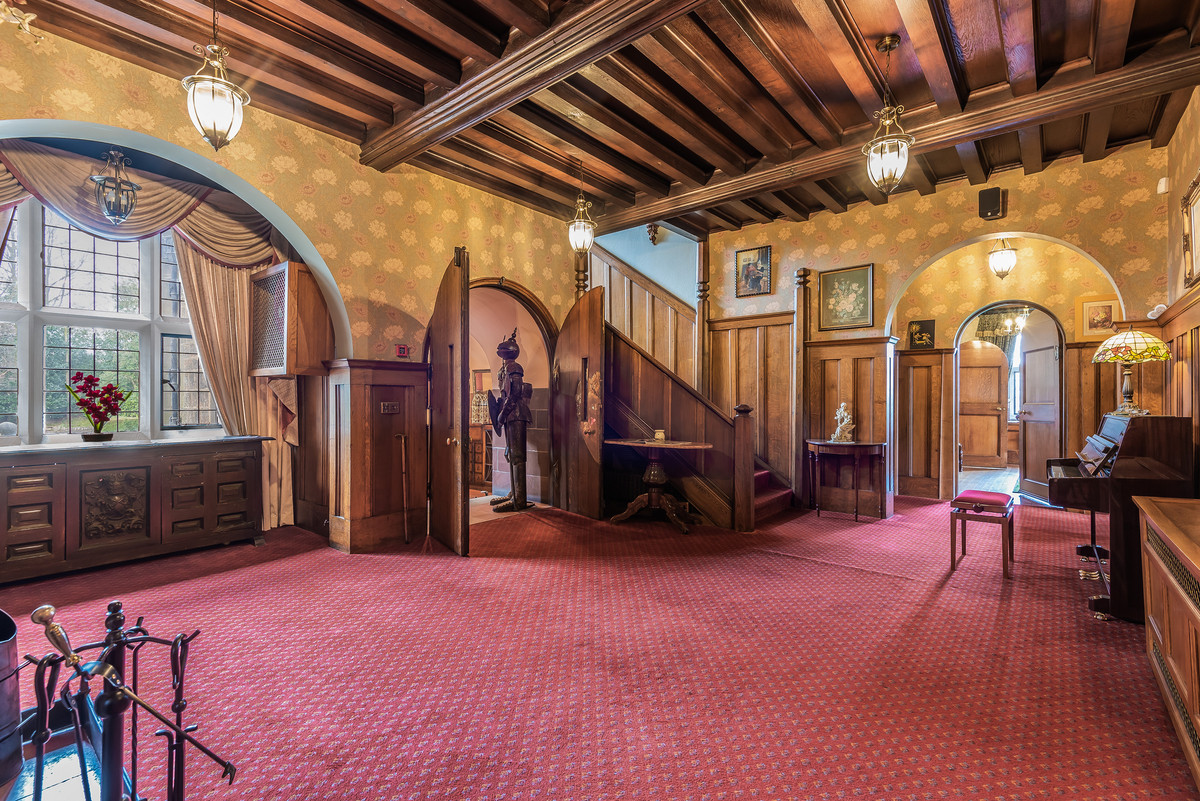 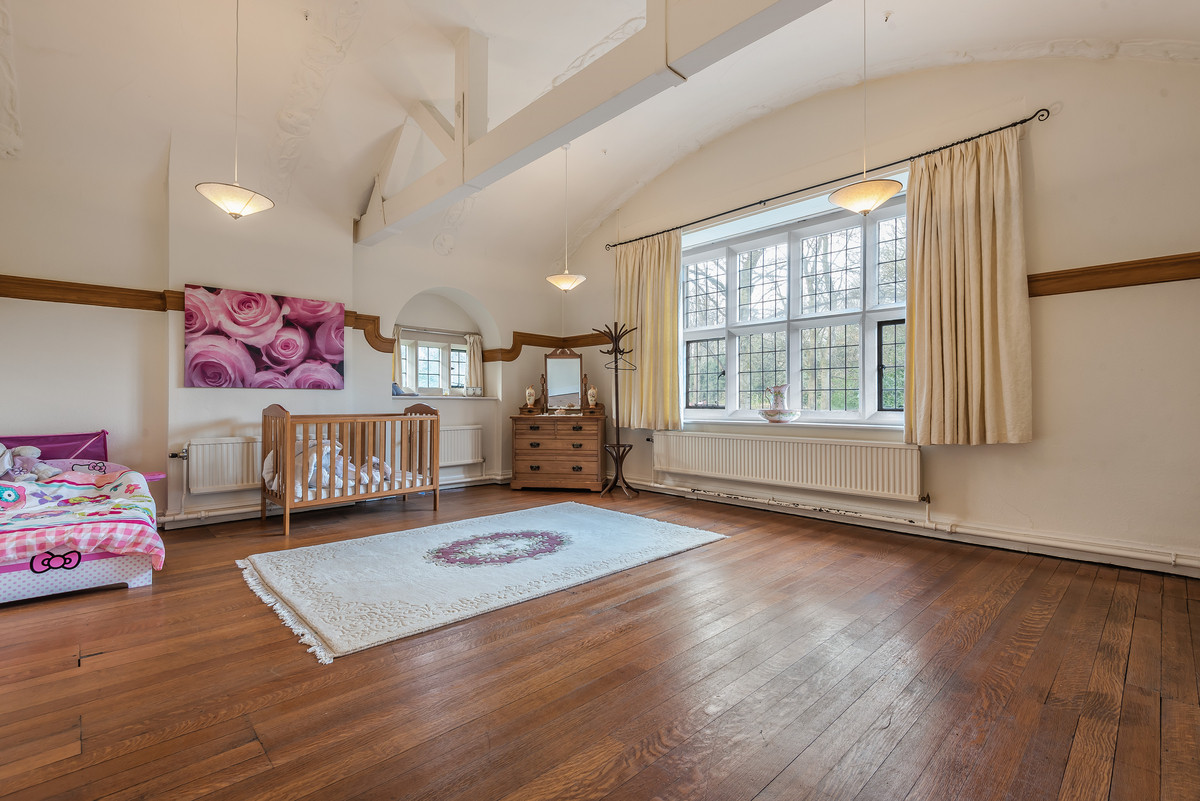 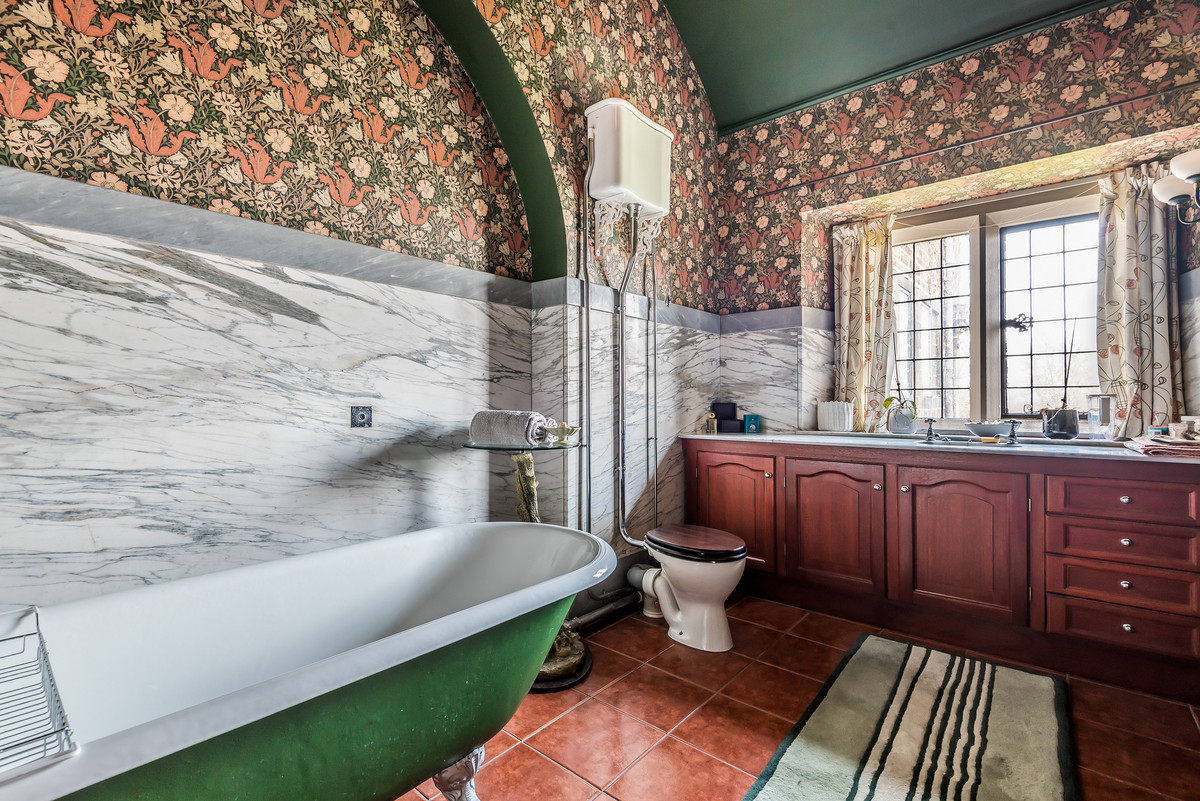 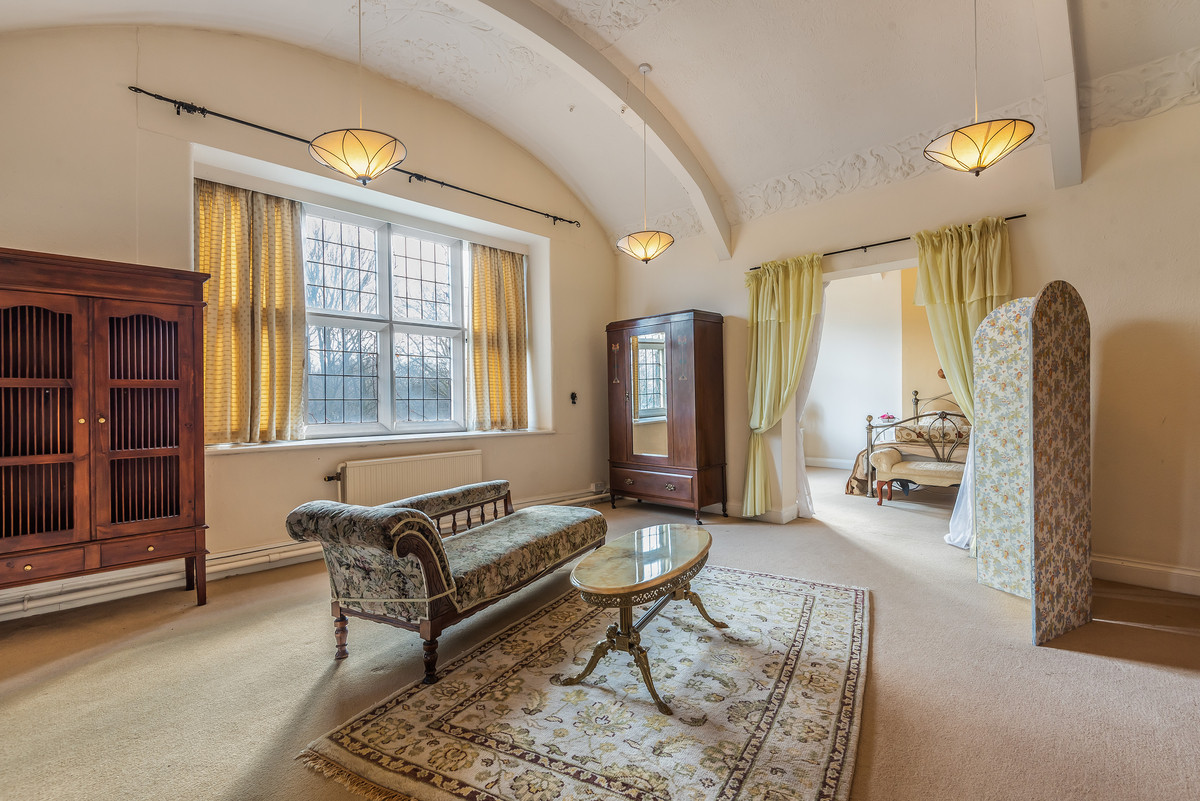 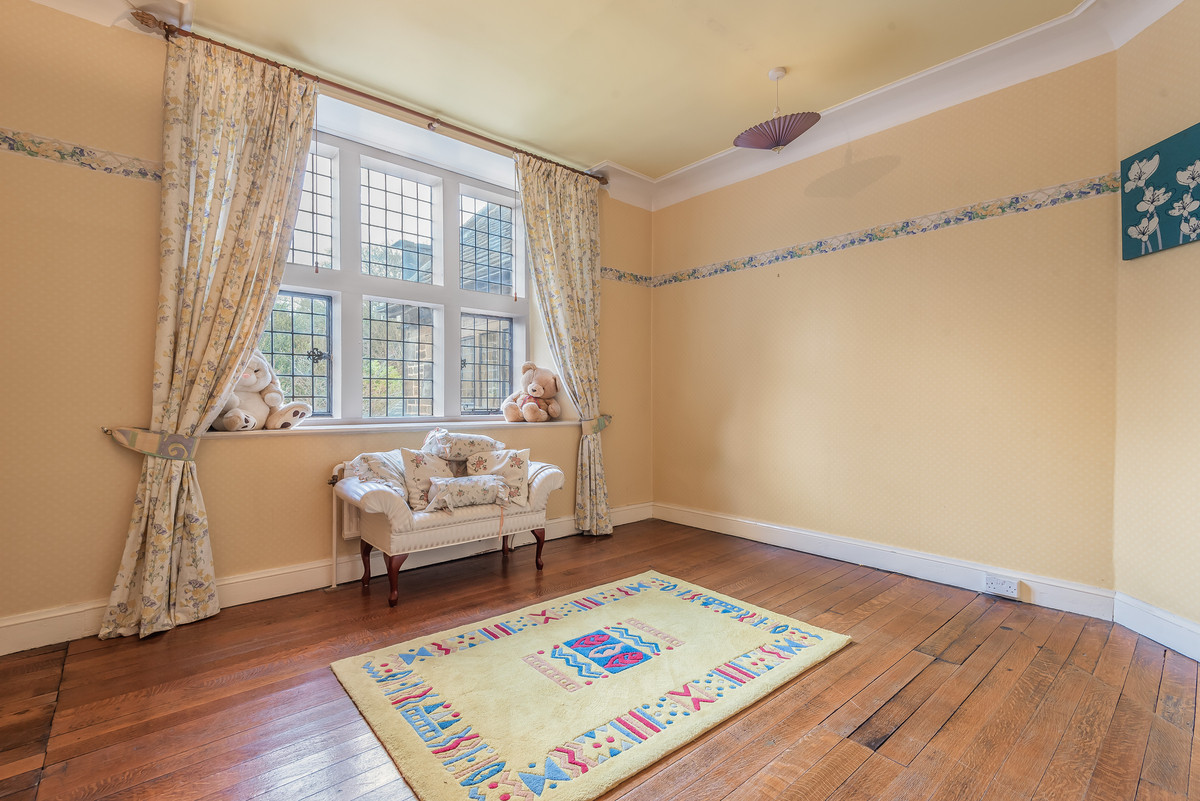 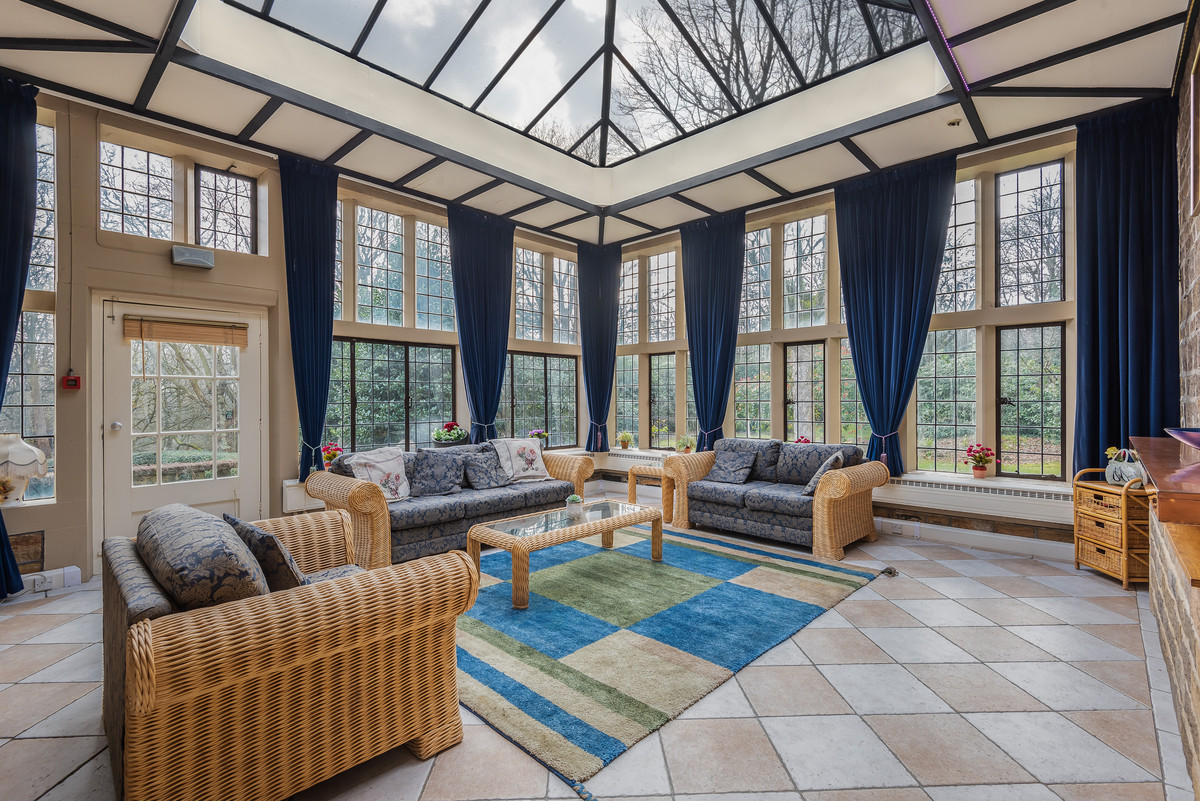 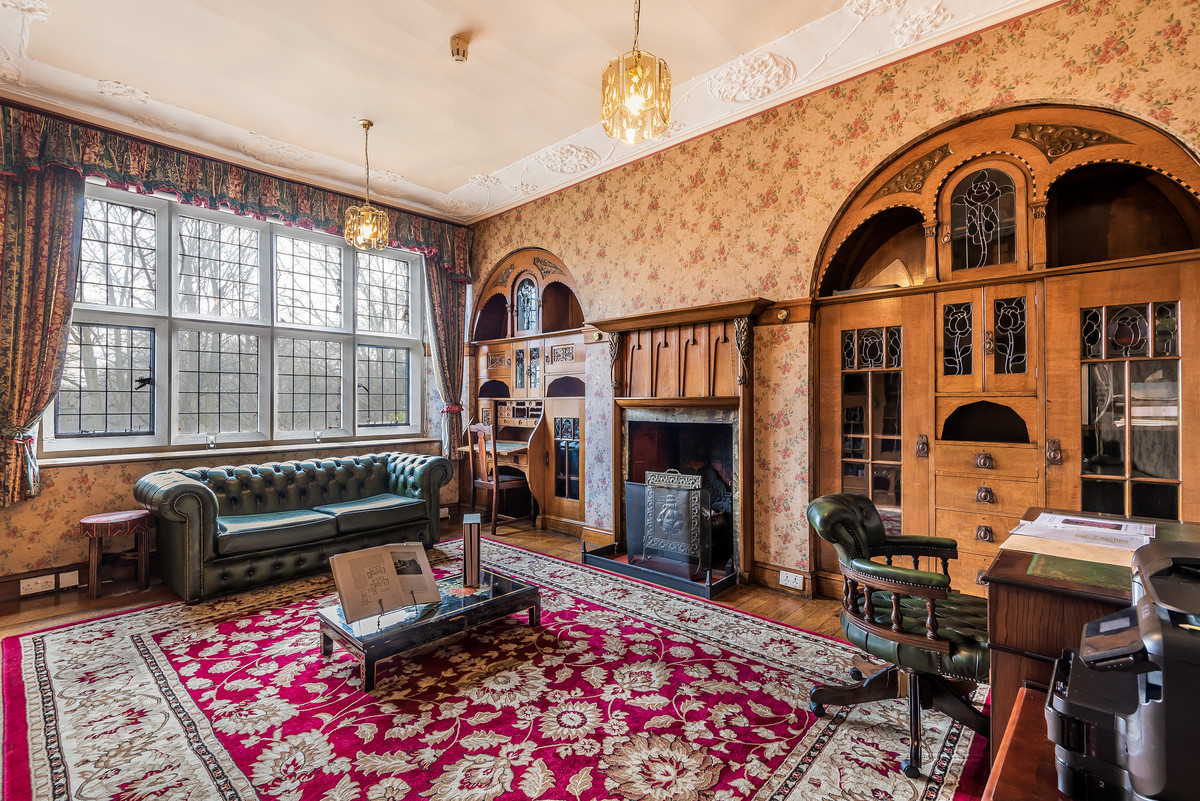 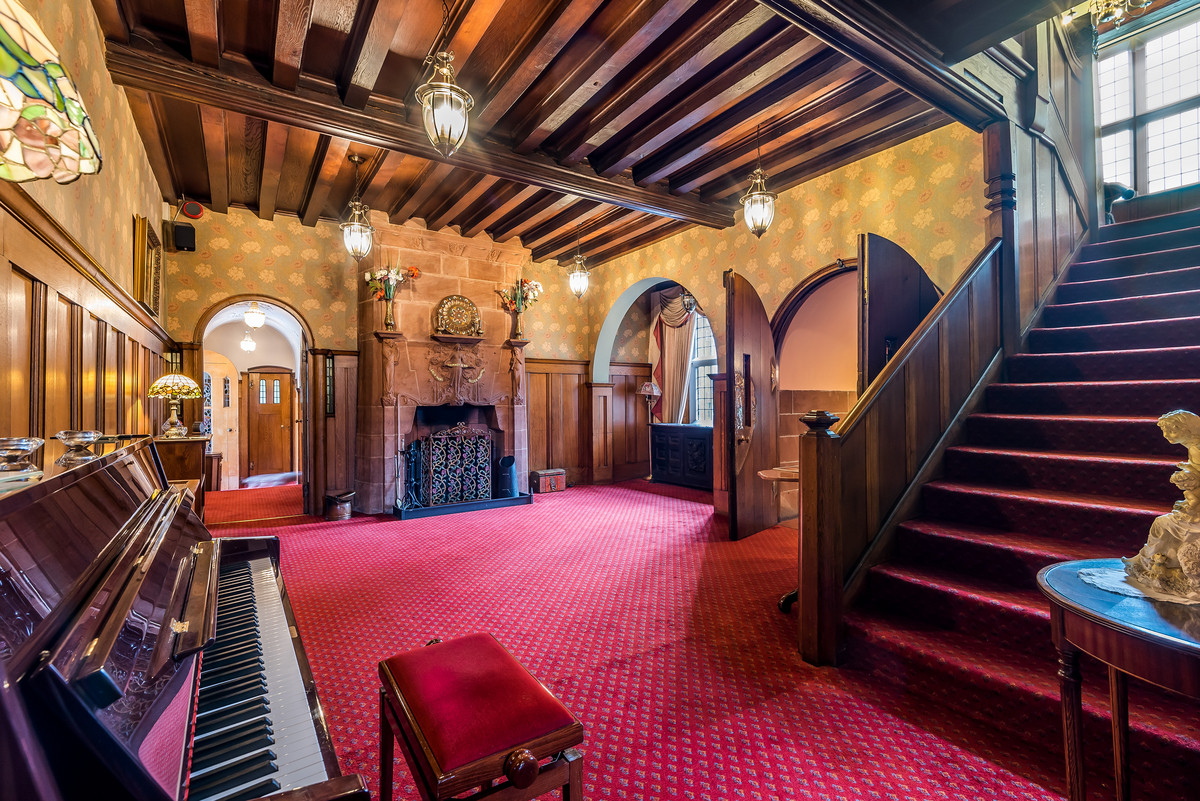 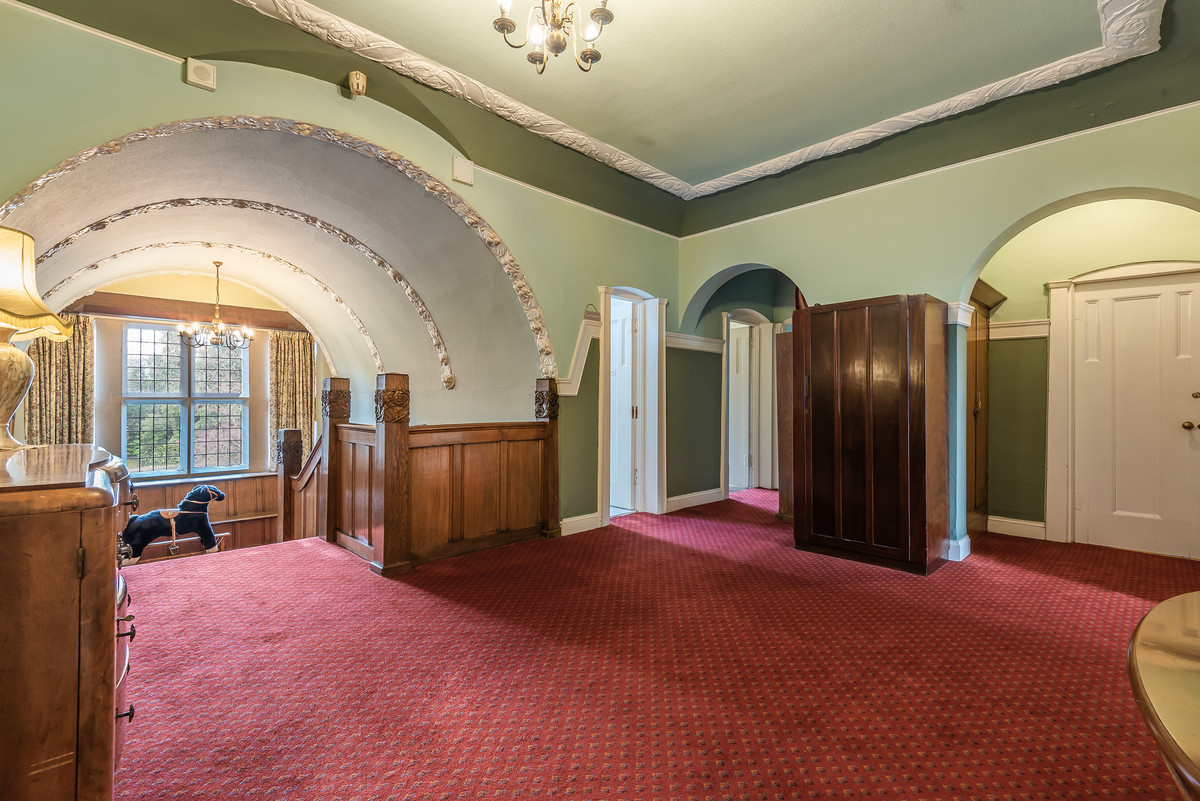 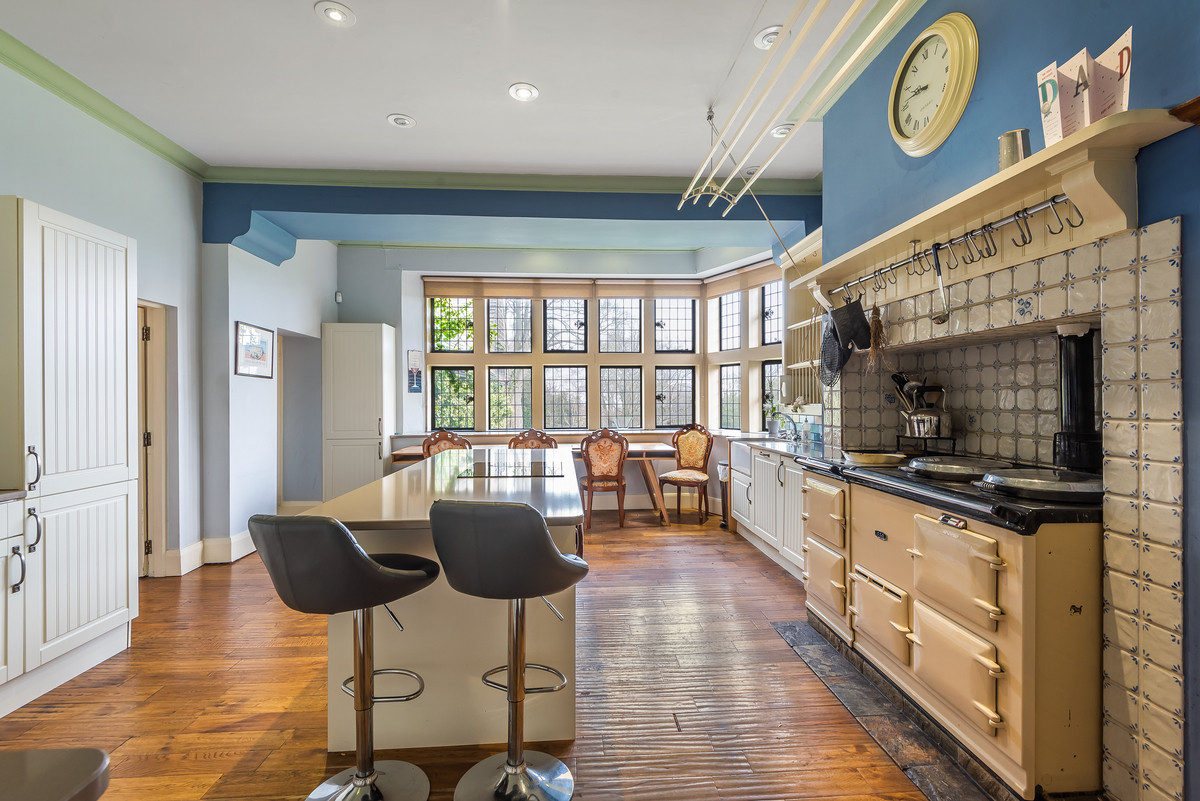 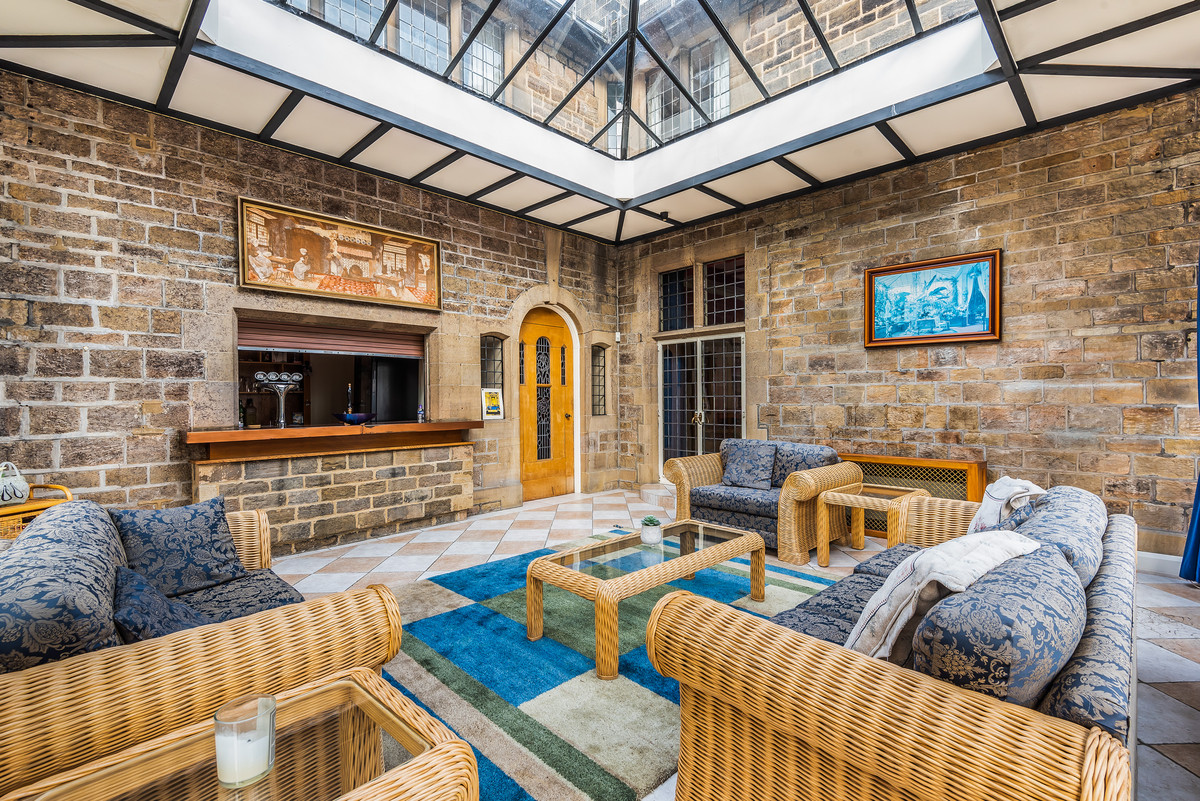 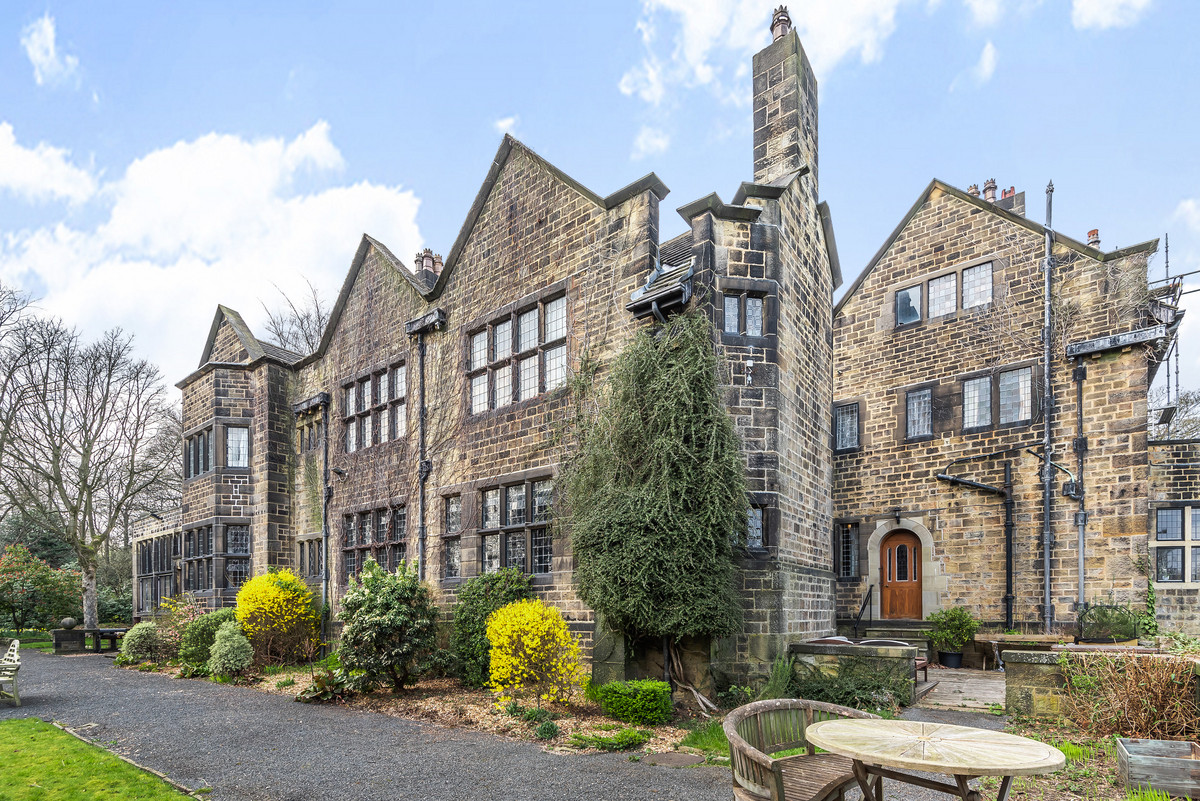 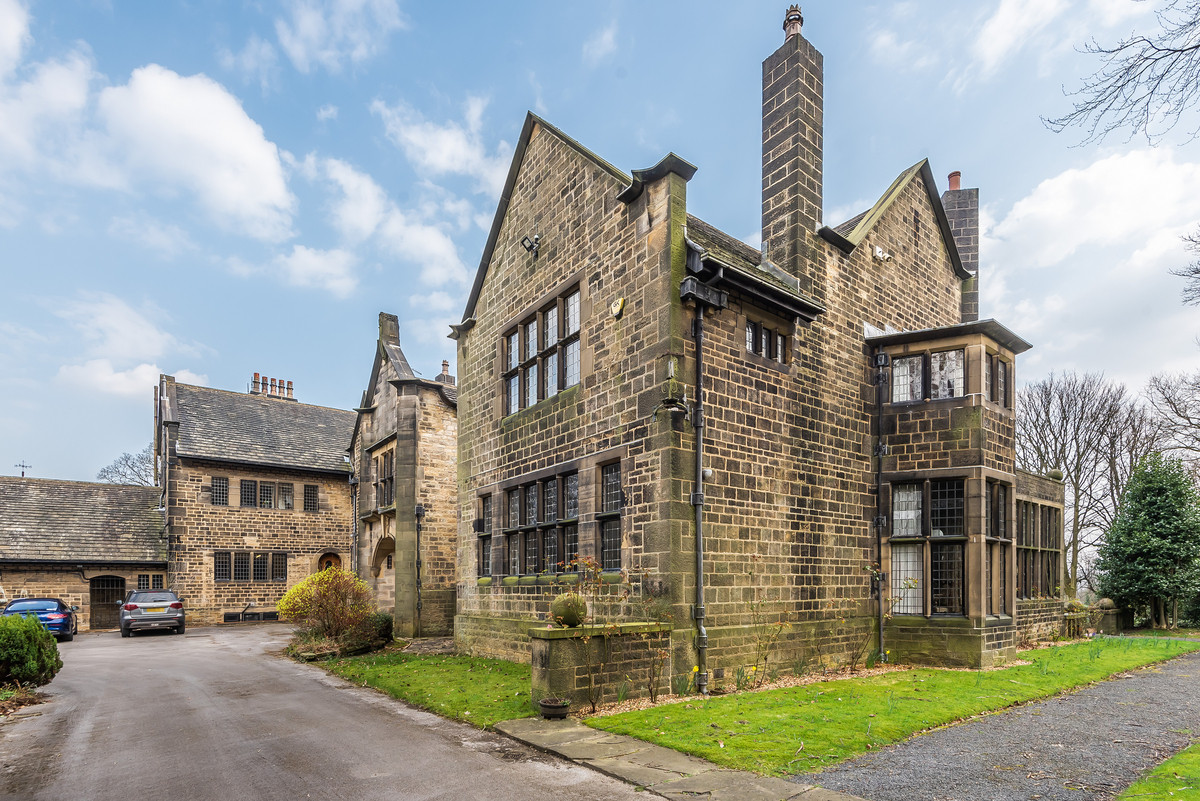 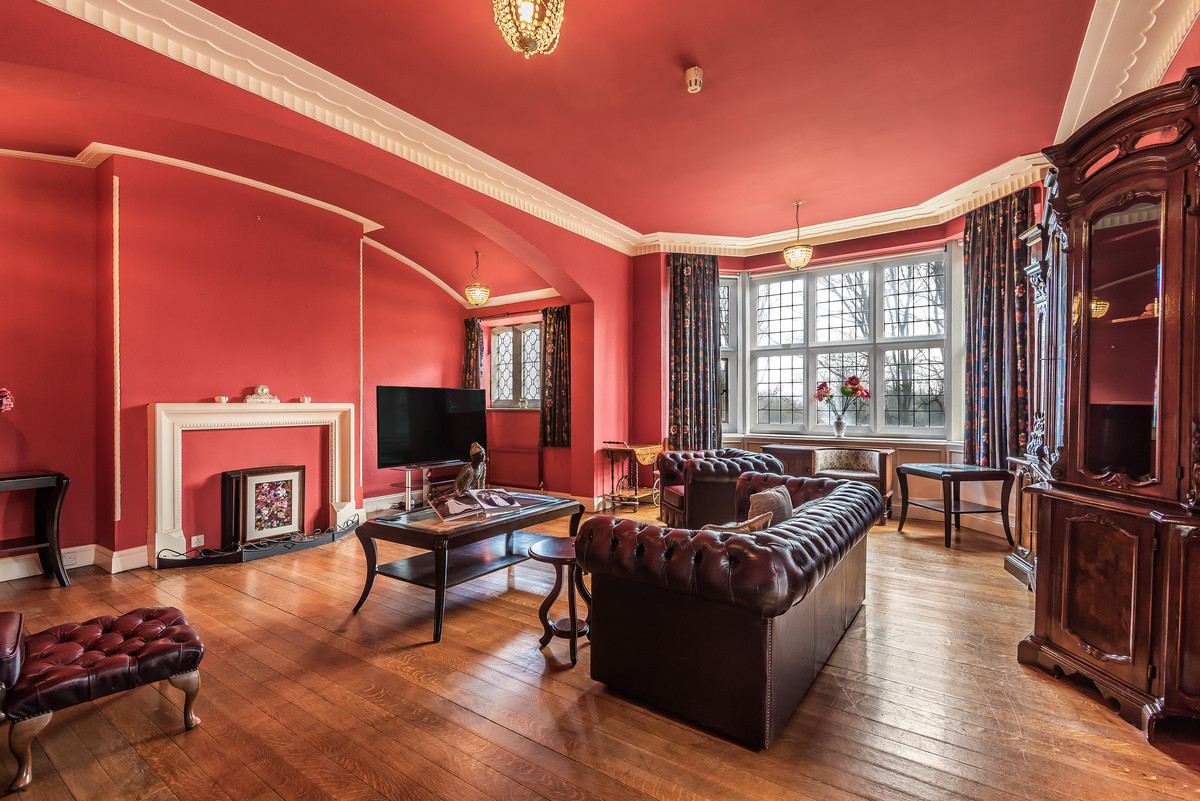 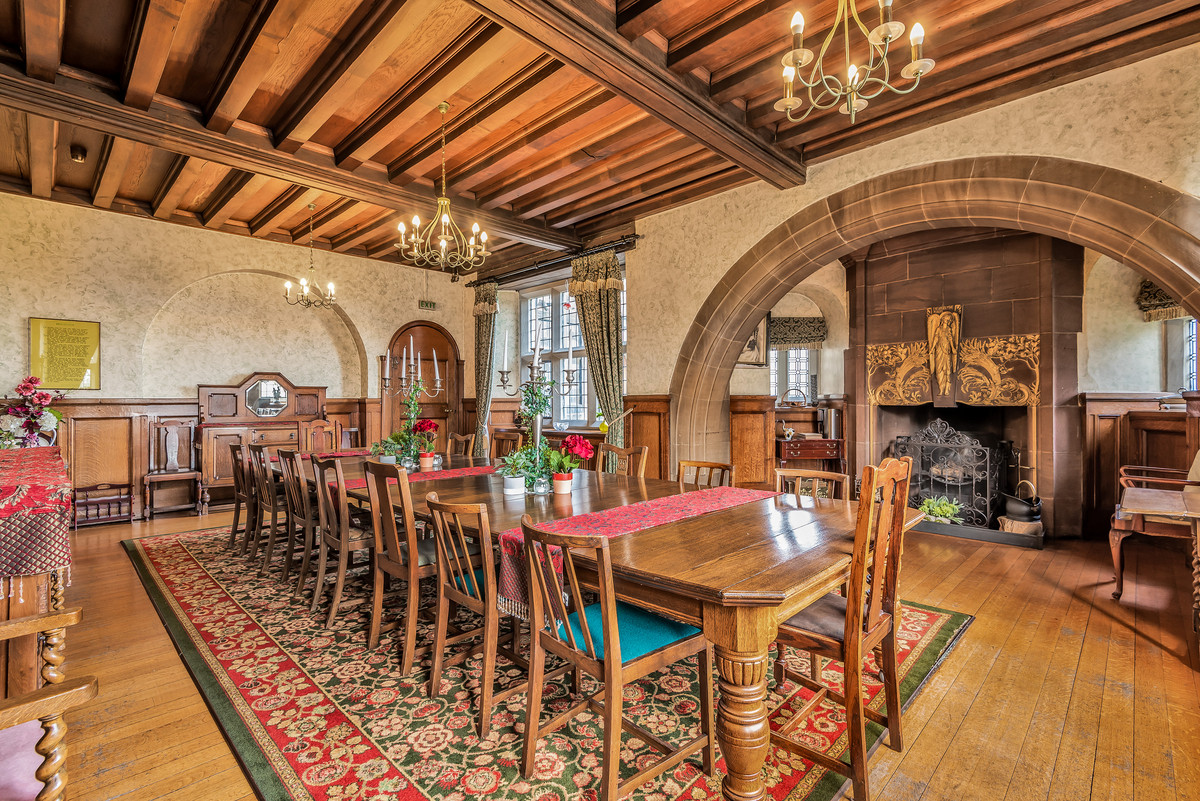 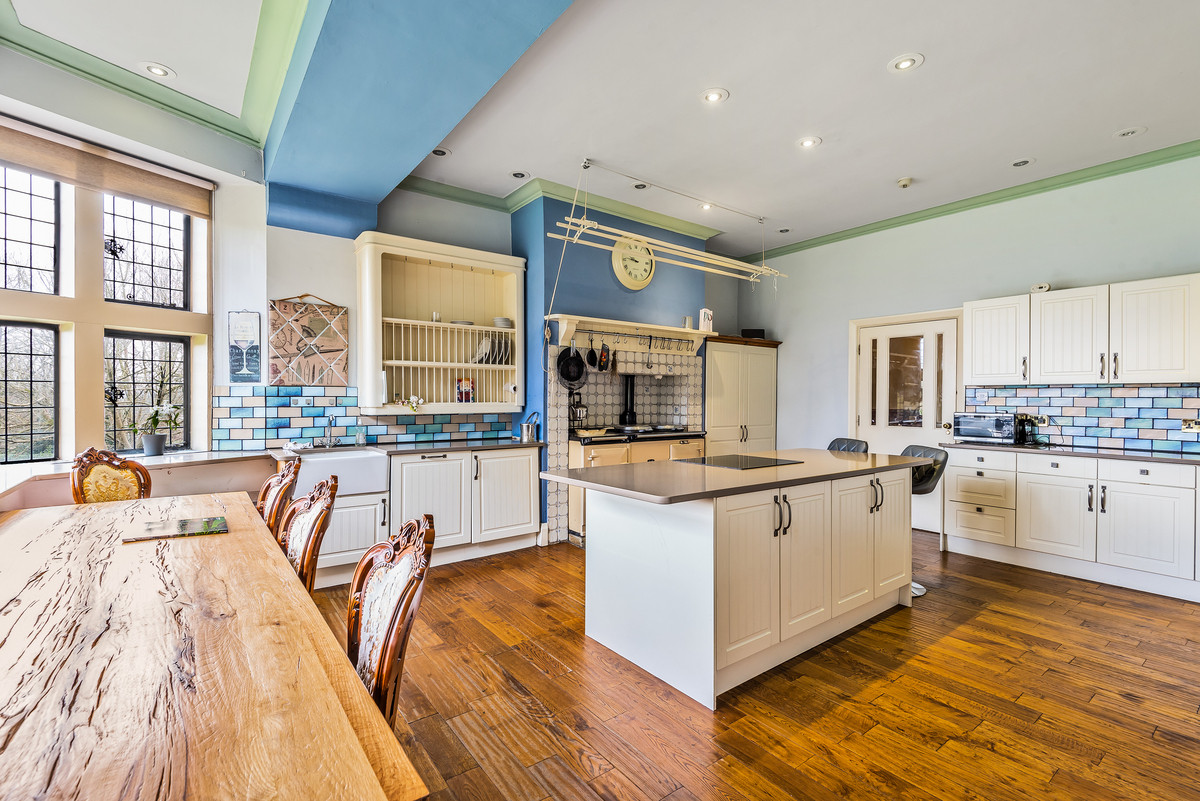 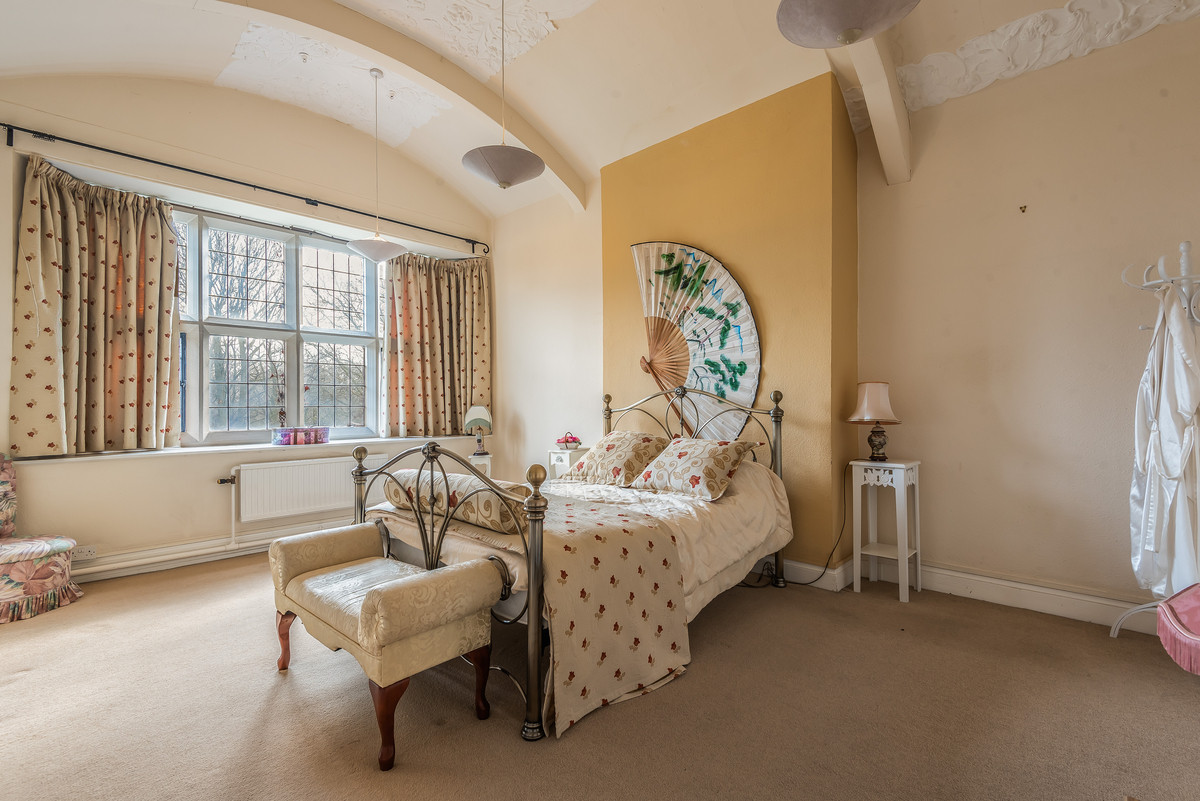 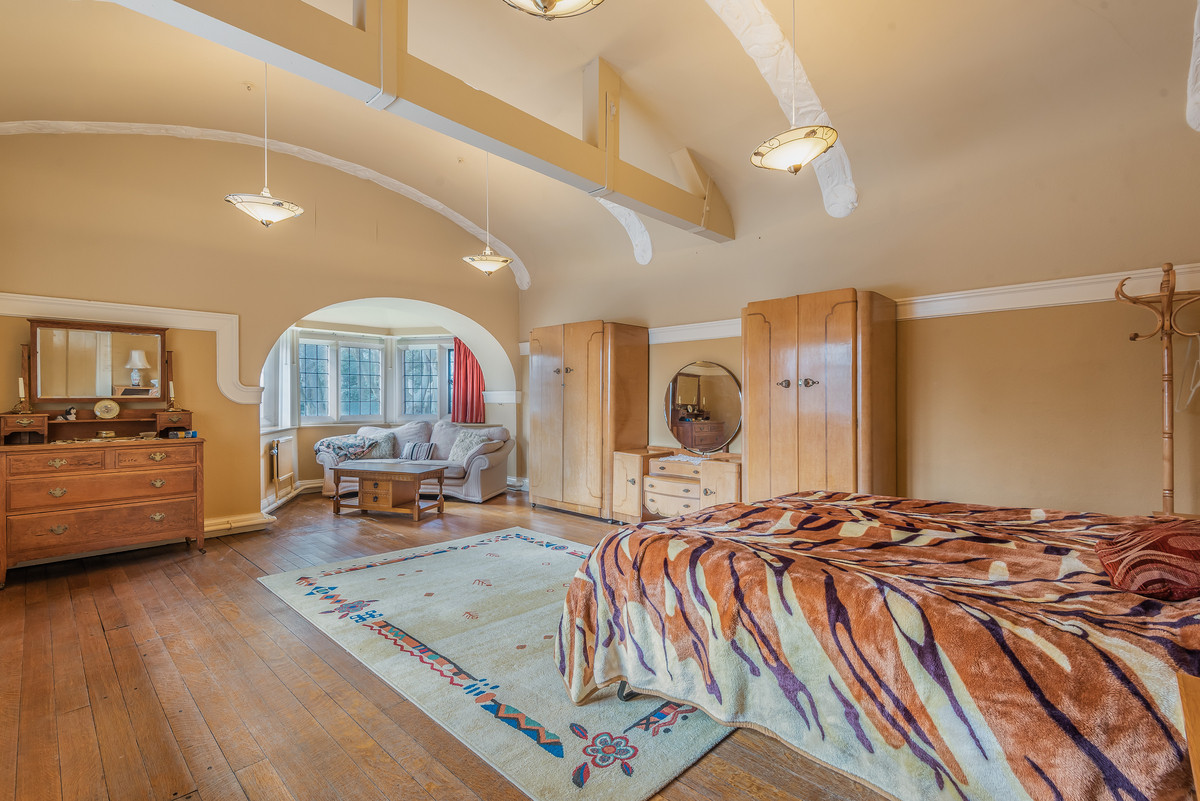 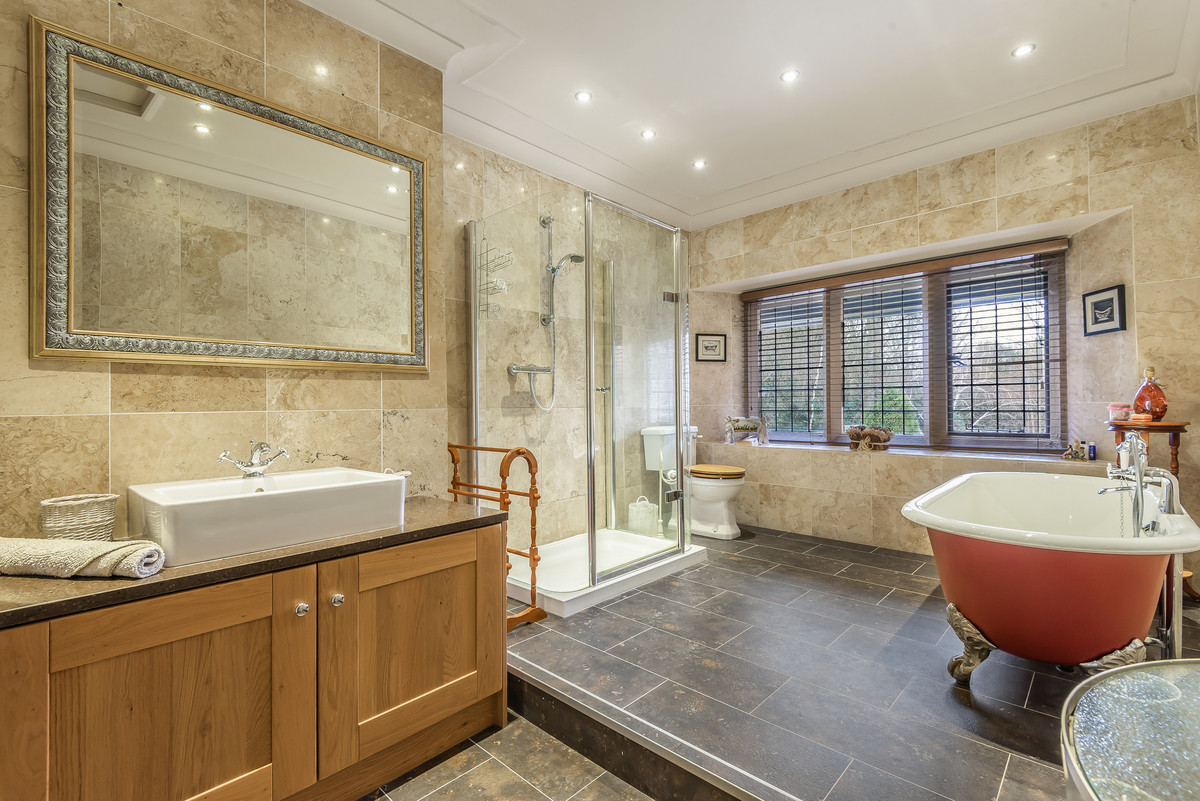 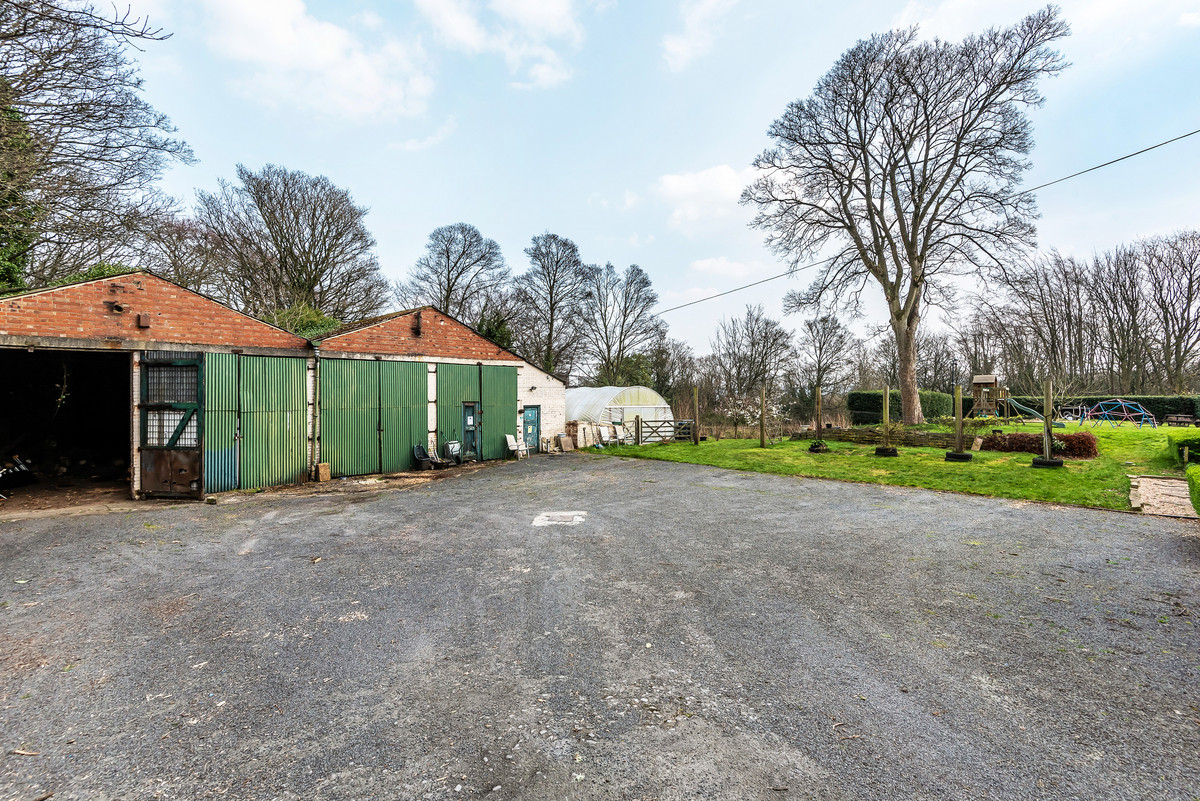 *** REF RECHA***
*** VIDEO TRAILER OUT NOW***
*** PLANNING APPROVED PLANNING FOR NUMEROUS DWELLINGS***
Banney Royd Hall is an exceptional home rich in architectural detail, and is a
much-admired arts and crafts residence hidden from view within 7 acres of naturally
screened private grounds. Allocating a coach house, cottage, tennis court, Stables, paddock and pre-planning approval to develop two residential properties on the top car park.
Constructed with no expense spared at the turn of the last century in hammer dressed
stone with Ashlar dressings, quoins and a stone slate roof, whilst internally there is
extensive use of hand-crafted oak together with vaulted ceilings, stunning fireplaces
and stained glass.

As one would expect there is a plethora of art nouveau detailing throughout this
elegant residence together with ancillary accommodation for staff. A truly wonderful
environment both internally and externally for those who wish to entertain or enjoy
privacy and seclusion.

History
In 1899 William Henry Armitage a prosperous accountant purchased this seven-acre
plot in Huddersfield’s elite suburb where privilege, power & privacy were of the
essence as described in a recent publication “The Villas of Edgerton” written by David
Griffiths.
Armitage commissioned Edgar Wood who was the most advanced English Architect of
his generation and was regarded as a proponent of the Arts and Craft movement
prevalent between 1860 and 1910. The plans were approved in April 1900 and the building
was completed in 1902.
Banney Royd was one of the most outstanding private houses of its decade, and ranks
today as one of the most distinguished, interesting and agreeable examples of domestic
architecture in the North of England. It was recognised as Woods most elaborate
building and was particularly admired abroad and was given extensive coverage in
German Architect, Herman Muthesius “Das Englische Haus” 1904.


Outside
Greeted at the entrance gates, adorned with a large brass shield you embark
up an extensive sweeping driveway originally designed for coach and
horses, and later to service the most fantastic of Rolls Royce Motor Cars. The drive
flows upwards to reveal the imposing property with giant oak doors and carved
stonework.
The drive continues around to the left to reveal an extensive car park and outbuilding
which was used in the second world war as training grounds, and later for the National
fire service, but which was once a paddock.
This area has received pre-planning approval to develop two residential properties with
a view for sale to helping with conserving the original property.
The driveway continues to the right where a courtyard is home to the original stables,
and the coach house, which is now an impressive one-bedroom property. Passing what
was the gardener’s cottage with three bedrooms and arriving in a clearing which holds
another huge building that was erected in the war time where a considerable number of
heavy lorries were kept. This area was originally for a small farm holding.
As we continue past the kitchen gardens now with polytunnel, outdoor raised beds and a
fruit tree lined pathway which takes you to a woodland walk, past the tennis lawns and
along to the bottom paddock, which has been used by the current owners to home pigs,
turkeys, goats and chickens to enhance their organic lifestyle. The field could still be
used for those with equestrian interests.
To continue the outdoor woodland walk, the pathway runs between the paddock and
formal gardens with an opening onto the tennis lawns and further along it opens up onto
the rose garden. Here the house is shown in all its glory, with beautiful south facing
gardens leading up onto the terrace with hammer dressed stone walls, ashlar steps and
balustrade. Here you can truly see why Huddersfield calls Banney Royd its national
treasure.

Main Entrance
The approach to the main entrance reveals Woods use of Art Nouveau in splendid
fashion. The arched porch flanked by tapering and diagonally placed buttresses, has a
pronounced keystone with Art Nouveau foliage to either side.
As you enter Banney Royd through the large oak arched front doors with copper finger
plaques you step back in time, a time of lords and ladies when the butler welcomed
Guests.
The cross vaulted porch with red sandstone walls gives an immediate warmth and
welcome to the house. The steps lead to another pair of large oak doors with coloured
glass and mother of pearl detailing, beautifully crafted copper hinges and copper finger
plates.
As you enter the hall the striking oak panelling gives immediate warmth and a feeling of
luxury.
Here in the hall is one of the most treasured chimney breasts in the world built from
large tapering blocks of red sandstone with fine art nouveau detailing with a motto
crafted in gold leaf of ‘Each man’s chimney is his golden milestone’ boasting the
wealth of the original owner.

The Main Hall Leads To:

Drawing Room
The original drawing room was re designed in the 30s by the architect Norman Culley
for Sir & Lady Emmanuel Hoyle the room took on a completely new look with a changed
fireplace and plaster frieze in a restrained Art Deco style, giving this room a feminine
and sophisticated feel. The room is south facing and overlooks the terrace and rose
garden.

Sun Lounge & Conservatory / Now the Bar Lounge
The Sun lounge/conservatory was a later addition to Banney Royd, once again designed
by Edgar Wood and added around 1904. This room used to extend to almost twice its
length but was redesigned to fit to the building so that the bay window in the billiard
room could be deepened, creating a window seat where the ladies could perch and view
the gardens,
The bar lounge, equipped for many glasses, drinks, a sink, cooler, taps for barrelled and crafted ale. One which the current owners definitely appreciated for their many celebrations including two of their sons’ weddings.

Inside the west wing hall is a fantastic vaulted ceiling with crafted plasterwork, and
not to be missed the stained-glass door into the conservatory with the beautiful heart
feature.

Billiard Room
Entering the billiard room is a wonderful transformation to the days of the men
smoking cigars and drinking port and whisky. Housing a splendid snooker table and
boasting one of the 3 most significant fireplaces of the arts and craft era. This one
being of white stone and crafted with Hawking and Hunting scenes sculpted on either
side of a slender central support which terminates in a slim corbel. The monogram of
William Henry Armitage (WHA) is crafted into a wavy band of stone at ceiling height
crowning the design. The oak pillars adorned with crafted eagles and owls;
remembering this was in the days that the stone and wood were hand crafted, no
machine work here.

Library/Study
Off the main hall is another glorious arched doorway leading into the library or study,
with all its original features from fireplace to plasterwork again another room lavished
with oak furniture bookcases to writing bureau, again a south facing room.

Dining Room
A striking room designed for large dinner parties, boasting the third fireplace which is
named the ‘Angel of the Rains’ built in the same red sandstone as the hall chimney
breast built behind a semi-circular arched stone recess, similar to what you might find
in settings like Westminster Abbey, this structure according John Archer
‘architectural historian’ is a show off piece ‘Just because’ demonstrating that Banney
Royd was not built on a budget. The fire setting or inglenook has two delightful
windows one to each side giving natural light to the fire place. There are two doors in
the dining room one which the family and guests would enter and leave by, and the
second for the service staff which leads into the servant’s hallway.
Stepping into the hallway there is a distinct lack of decorative plaster work and oak,
doors in here are made in pine and the architecture is much plainer however the arches
and door pillars continue from cellars to attic space. In the hallway is a sitting room
which once upon a time would have been the butler’s pantry which leads to the cellars.
Also is a large silver vault which could with a little work become a safe room too, also
off this hallway is a cloakroom and toilet which lead back into the entrance hallway.
Kitchen
The heart of any home, you couldn’t ask for more space, cooking facilities are both gas
fuelled aga and electric hob and oven. Off the kitchen are two rooms the old scullery
and wash room, perfect for a utility area and the current owners used the wash room
as the children’s play room. From here you lead out to the court yard.

Back into the main hall to the beautiful oak staircase, Where Lady Hoyle enjoyed making a grand entrance via the wide staircase crafted with briar roses, with the beautiful vaulted ceiling with
bands of plasterwork decorated with flowers and fruit and terminating with cherub
faces.

The staircase leads to the bedrooms and bathrooms, many of the bedrooms have
similar barrel-vaulted ceilings with decorative plaster bands of different design
including the dove. The traditional roof trusses have been partly exposed in some
Rooms.
There are five large bedrooms in the main part of the house one with an integrated
dressing room and ensuite bathroom with an original roll top bath. A house bathroom
with roll top bath, and shower plus a separate shower room and a separate washroom.
Leaving the main upstairs hall leading into what was once the servants’ quarters there is
another bathroom with shower and toilet facilities plus 3 further bedrooms, one
currently housing a sauna and gym equipment. Leading to the attic rooms where there
are 2 further rooms one with a solid fuel fire.